Most Powerful Lessons from Mahatma Gandhi 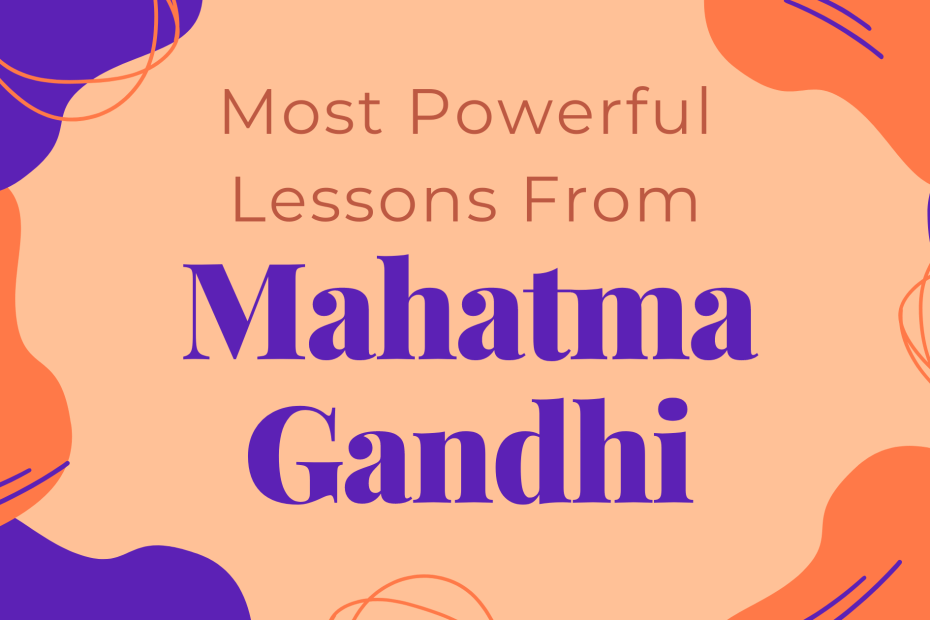 Hey Guys, Welcome to FactsMinister. As today the nation is mourning the 74th death anniversary of Mahatma Gandhi Ji, we will show you 5 most powerful lessons from the life of Mahatma Gandhi.

Gandhi led India to independence from Britain and inspired millions with his non-violent philosophy. Gandhi was so successful in spreading his message of peace and empowerment that the Indian leader has been revered by millions all over the world, including Martin Luther King Jr., Nelson Mandela, and Mother Teresa, just to name a few. If you’re looking to get inspiration from one of the most important historical figures of our time, then these are the most powerful lessons from Mahatma Gandhi.

Today, it’s common to hear activists talk about direct action and nonviolent civil disobedience. But do we really know what these terms mean? Have we really thought about what it means to apply nonviolent principles? If not, it’s time to give a little more attention to nonviolence. The basic idea is simple enough: violence begets violence, and hatred begets hatred. It follows that if one wishes for an end to violence and hatred in society, one must do all he or she can to promote love—real love (as opposed to our modern trend of substituting likes for real human connection). In Gandhian terms, becoming better human beings is at least as important as changing political circumstances.

The first lesson we can learn from Gandhiji is to be brave and accept hardships, including death. For example, during British rule in India, thousands of Indian people died while protesting unfair laws imposed by a foreign country. Some activists were killed but many others became heroes and are remembered today as national icons. Mahatma Gandhi is an example of such an activist, who held firm to his beliefs even in death and inspired millions of Indians against racial injustice. If you want to make a difference in your world and stand up for what you believe in, prepare yourself for possible challenges and difficulties ahead by remaining committed even when things get tough.

Where there is love, there is life – Mahatma Gandhi. Truth and honesty are two important parts of life without which one can never have a good relationship with others or develop inner strength to take on adversities in his life. Truth and honesty give us self-respect. Even if we possess little material resources, but if we follow truth and honesty then we are invincible because our self-respect will keep us above any circumstances. This is what Gandhiji also taught us by his practice in all walks of life.

Mahatma Gandhi was of the opinion that “If you want to change something, you need to inspire people. If a whole society is convinced that it can make itself better, then with commitment and determination anything is possible. We are one people, and one community”. This is what we must remember. The freedom of India lies in its unity—and in its diversity.

It was his idea of love that inspired a nation. Focusing on love and service, instead of hate and greed, Gandhiji believed in a better world—one built on compassion, respect, and equality. When faced with adversity, Gandhiji’s message to stand up against injustice can be applied to everyday life. Whether you’re protesting against racial inequality or gun violence, fighting for women’s rights or access to clean water—you are fighting for what is right. Sometimes  not standing up means staying silent in support of others; So standing up for rights  means taking action by speaking out about an issue that matters most to you.