Home » MS Dhoni steps down as the captain of CSK

MS Dhoni steps down as the captain of CSK 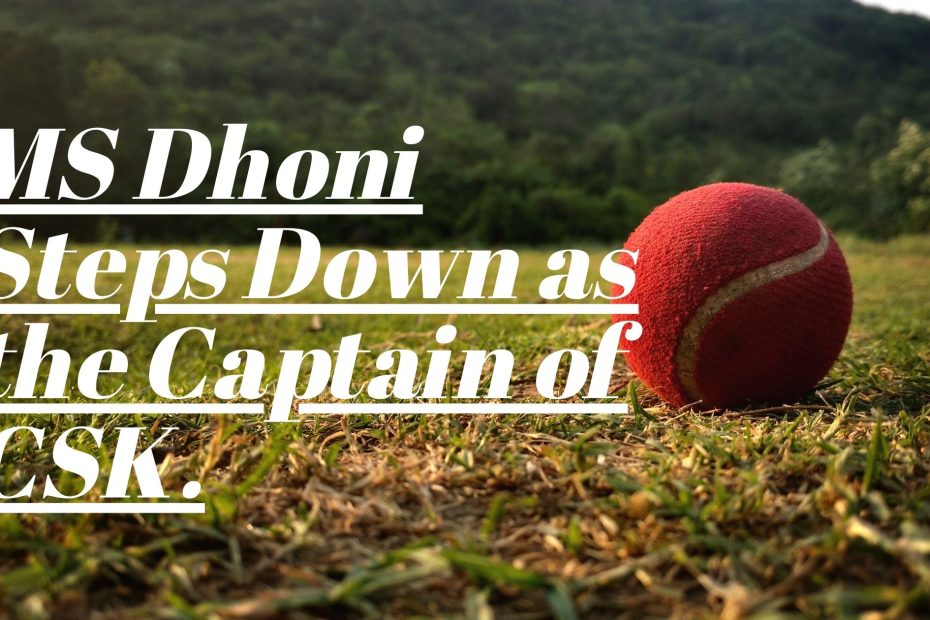 The name Mahendra Singh Dhoni is enough to excite the cricket audience. Captain Cool isn’t a name that just came to him. He is widely regarded as one of the greatest captains of all time. The same goes for Team India and Chennai Super Kings. This is the IPL squad that has won four times.

But today’s afternoon news that Ms Dhoni will step down as the captain disappointed his fans. As per the official announcement from Chennai Super Kings Ceo – Ravindra Jadeja will be the new captain of the most successful franchise in Indian Premier League.

Suresh Raina has led the team so far, aside from Mahendra Singh Dhoni. Dhoni has led the side to triumph in 130 of his 213 matches as captain. Raina has handled the team in six games, only two of which the team has won. Suresh Raina was the team’s vice-captain under Dhoni’s captaincy. Chennai, on the other hand, did not retain or buy him this season. Ravindra Jadeja is the third such player to captain CSK in the last 15 years.

Mahendra Singh has led Chennai for the past 12 seasons. He joined Chennai Super Kings as a captain when the league began in 2008. The team did not compete in the league in the years 2016 and 2017. Under Dhoni’s captaincy, the Indian team has won four times. Chennai is regarded as the league’s most successful squad after Mumbai Indians.

Now it’s the responsibility of Ravindra Jadeja to carry forward the legacy of Dhoni. The Dhoni era of cricket has led the team to win even when most of the people lost hopes. Dhoni as a Captain, Wicket keeper and Match finisher role will be  immortal in the books of the league. Therefore, Now with the end of an era as a captain, Dhoni will look forward to improving his batting and contribute towards winning the match.