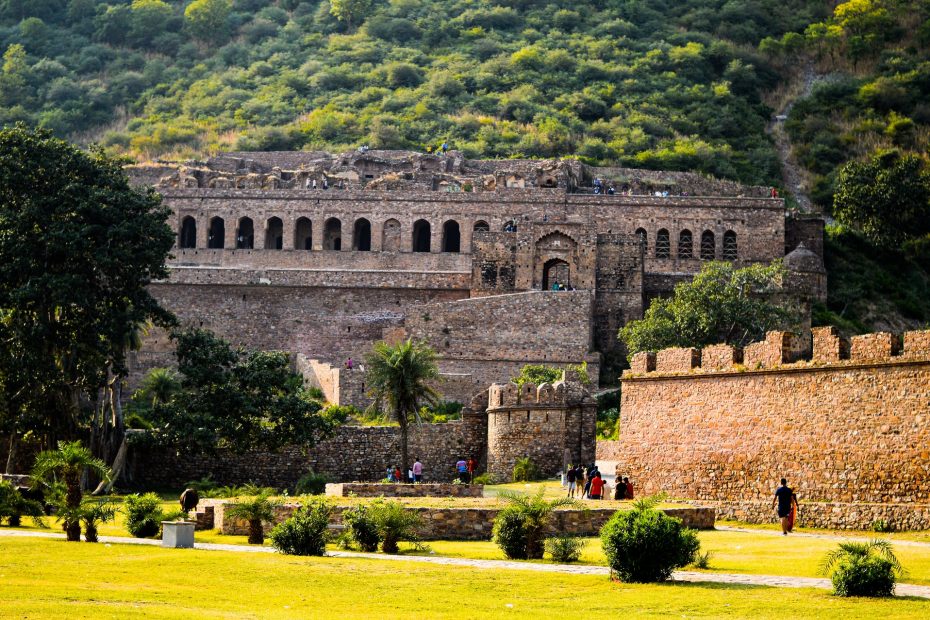 Hey Guys, Welcome to FactsMinister. Today we are going to talk about one of the unique and mysterious places of India: The Bhangarh Fort.

There are many places in the world where people are afraid to go. These places have been declared haunted and people have also claimed that ghosts reside here. There are many such places in India also where mysterious incidents claim to happen. Today we are going to tell you about one such place which is considered to be the scariest place in India.

Bhangarh Fort, located in Alwar, Rajasthan, is known as the most haunted fort in India. People are afraid to go inside this fort even during the day. The Bhangarh Fort was built by the Kachwaha Raja of Amber, Bhagwant Singh. He built this fort for his younger son Madho Singh in the year 1573. Madho Singh’s brother was Man Singh, who was the commander of the Mughal emperor Akbar.

It is believed that in this fort  there is the soul of a monk who cursed the fort. A monk named Guru Balu Nath used to meditate here. Then the king came here and requested him to leave because he wanted to build a fort here. The monk said that he can build a fort on the ground, but the shadow of the fort should not fall on his hut. The king assured that this would not happen but that is what happened. Then the monk cursed the fort and the surrounding village. Since then very few people have settled here.

Although this is a very beautiful fort and you will not be able to stop yourself from admiring its beauty after seeing it, visiting this place can give you a very strange experience. People who go here have claimed that they have felt that someone is following them. Not only this, many people have also felt a lot of depression and anxiety after reaching here.

1 thought on “Mysterious Places of India: Bhangarh Fort, A Haunted Fort in Rajasthan”