Home » The Top 5 Must Visit Mysterious Places of India.

The Top 5 Must Visit Mysterious Places of India. 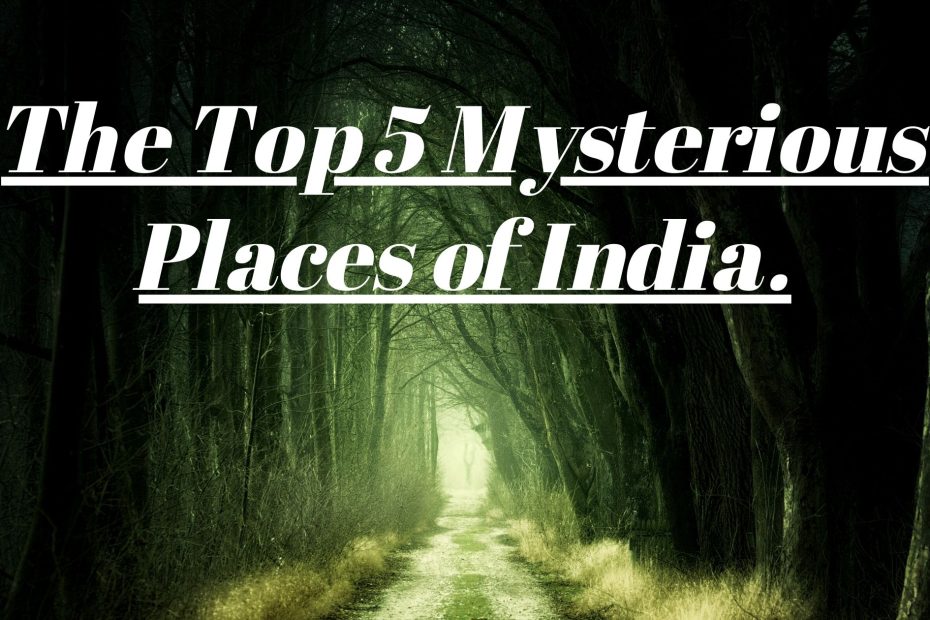 Hey Guys ,Welcome to FactsMinister. Today we will show you the top 5 Mysterious places of India.

Skeleton lake located in Roop kund city of Uttarakhand is one of the Mysterious places of India. It is said that due to the melting of the icy waters of Roopkund Lake in some stipulated time, the hidden skeletal remains of 200 humans are seen. According to the research done by scientists, these skeletons are believed to be about 1200 years ago. According to the famous folk tales of this region, this skeleton is believed to be of King Jasdhawa and his associates who had gone to pay homage to Nanda Devi.

Located in Deshnok town of Rajasthan, the temple of Karni Mata is considered Mysterious places of India because of the rat population. This aspect makes this temple unusual in that there are more than 20,000 rats in this temple, and the touched food of rats considered highly sacred is distributed there as prasad. Moreover, it is believed that if a rat is killed, a rat made of gold is used in its place.

The village of Kodinhi in Kerala is one of the major Mysterious places of India. You get to see twin pairs in Kodinhi village of Kerala, which makes this place mysterious. There are about 350 twin pairs out of 2000 population, which is nothing less than a mystery.

This wonderful lake located in Maharashtra is also called the mysterious lake. It is believed that the formation of the Lonar Crater Lake was caused by the impact of a meteorite on the land surface and formed a crater which is known as this lake. The mention of this lake is also found in ancient literature like Skanda Purana. A distinctive feature of this lake is that its water is both saline and alkaline which is nothing less than a mystery.

The Lepakshi Temple, located in Andhra Pradesh, is undoubtedly a marvel of ancient architecture. And in fact it is no less than a Mysterious place in India. It is believed that there are a total of 70 pillars in this temple, out of which one pillar is hanging without any support, so that no part touches the earth! Tourists remove thin objects from under it to check whether the claims are true or not. According to local belief, objects passing under this pillar bring happiness in your life.

To know more about this place refer to the link below :