Home » Natarajan Chandrasekaran appointed as the head of Air India 

Natarajan Chandrasekaran appointed as the head of Air India  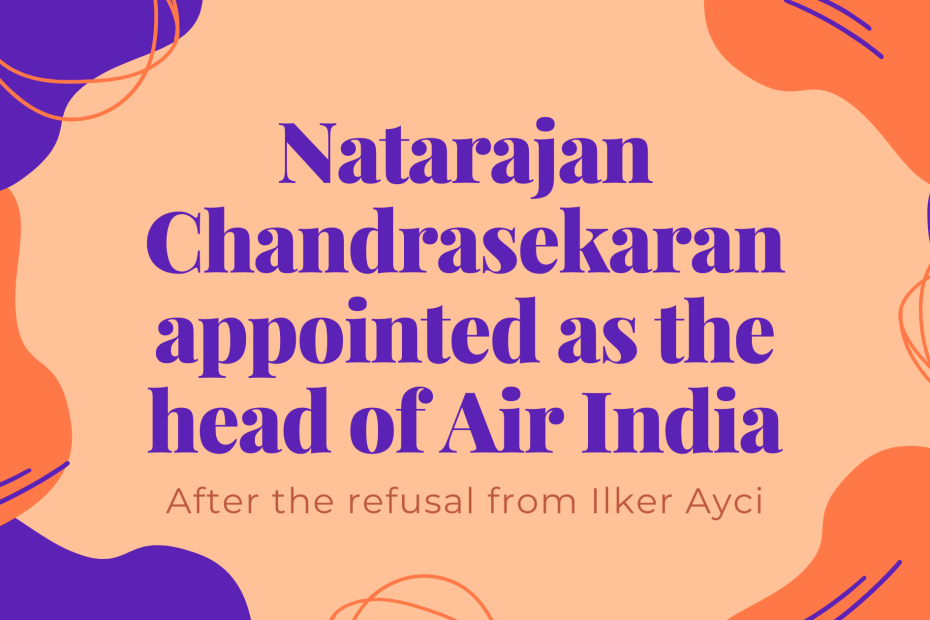 Tata Sons chief N Chandrasekaran has been appointed as the chairman of Air India. Senior officials related to the development said that the appointment was approved in the board meeting of Air India held on Monday. It is noteworthy that after the acquisition of Air India by Tata Sons, the search for the chairman was on. In between, the name of Ilkar Ayci, former chairman of the board of directors of Turkish Airlines, came up as chairman. However, he later refused to become the Managing Director (MD) of Chief Executive Officer (CEO) of Air India. After the Swadeshi Jagran Manch – a group associated to the Rashtriya Swayamsevak Sangh – urged on the government to reject the recruitment of the vastly experienced Turkish aviation specialist due to national security concerns on his close working with Erdogan government

Who is Natarajan Chandrasekaran?

N. Chandrasekaran was born in 1963 in Mohanur, Tamil Nadu. He has done MCA from National Institute of Technology. Chandrasekaran joined the Tata Group in 1987 and under his leadership TCS became the largest Tata group company as well as the most successful in terms of profits. Chandrasekaran, popularly known as Chandra, was inducted into the board of Tata Sons in October 2016. He was appointed chairman in January 2017 and assumed the position in February 2017. He is also the chairman on the boards of companies like Tata Steel, Tata Motors, Tata Power and TCS.

Many challenges before Chandrasekaran

Chandrasekaran, who has been appointed chairman of Air India, will face many challenges. They have to make Air India profitable while competing with the competition in the aviation sector. Along with this, the debt burden is also to be reduced. However, given his track record, it seems to be a better decision.