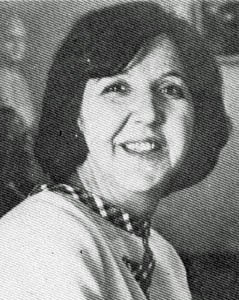 You can check the Doodle here.

Naziha was an Iraqi woman who used her art to depict the lives of destitute Iraqi women throughout her lifetime.

The entire country of Iraq acknowledges Naziha’s contributions to Iraqi culture and art. Despite the fact that Nazia was born in Turkey, her family eventually relocated to Baghdad. Following that, Naziha was reared in Baghdad.

Naziha Salim was the first Iraqi woman to be awarded a scholarship to study abroad. She was a huge fan of art. Even at her home, her father, mother, and brother were all involved in the arts. Naziha was the family’s sole daughter who earned a name for herself in the field of painting, rising to the level of a world-class artist not just in Iraq but throughout the world.

Naziha was the first woman to be awarded a scholarship to pursue higher education in the arts. She received her diploma from the Baghdad Fine Art Institute in 1940. She was awarded a scholarship after that, but she continued her studies in Paris. She then went to Baghdad to teach at the Baghdad Fine Arts School. She was one of the founding members of Iraq’s al-Ruwad.

Doodle existed long before Google, which was founded in 1998. Google founders Larry Page and Sergei Brin made an artistic appearance at the Burning Man festival in the Nevada desert in this way. Google had considered embellishing the logo to commemorate a specific occasion.

Larry and Sergey assigned the first Google Doodle to current webmaster Dennis Hwang in the year 2000. In the year 2000, Google planned to create a doodle for Bastille Day. Dennis Hwang, a Google intern at the time, created a Google Doodle for Bastille Day. It was favourably received by the general public. Dennis was then promoted to Google’s main doodler. Since then, Google has used doodles to embellish their logo on significant occasions.