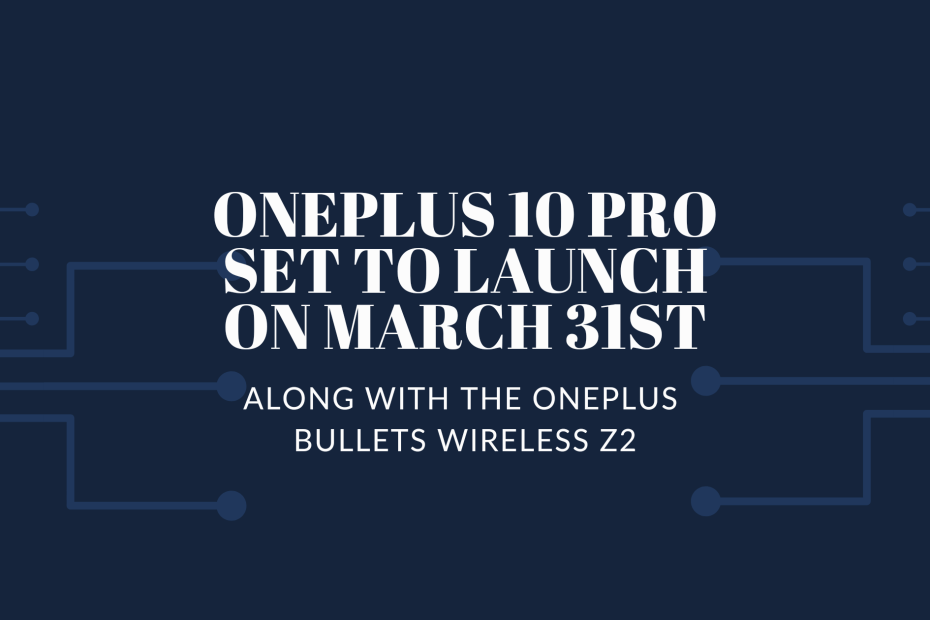 The OnePlus event will take place in India on March 31st. The company has published information regarding the launch event. Live streaming of the event will be available on the company’s official YouTube account. During the launch ceremony, the OnePlus 10 Series will be launched.

OnePlus has also announced that the Bullets Wireless Z2 would be released for the Indian market. Along with this, the OnePlus Buds Pro Radiant Silver model will be unveiled.

In the OnePlus 10 Pro 5G, the company will use the second-generation Hasselblad camera module. Hasselblad is a Swedish firm that specialises in camera lenses. A 5000 mAh battery and an 80W fast charger will be included. Also, as usual, Qualcomm’s flagship processor Snapdragon 8Gen 1 chipset will be employed, which will provide the smartphone with improved performance and a slew of useful features.The price for One Plus 10 Pro is not yet revealed.

The first tablet from OnePlus, dubbed the OnePlus Pad, has recently been in the news. The company will employ an AMOLED display for this. It will also include a Qualcomm Snapdragon 865 processor. The bulk production of this tablet has begun. The OnePlus tablet is expected to arrive before the middle of the year.

There are many rumors regarding the launch date of the tablet so we have to wait for an official statement from the One Plus Company.