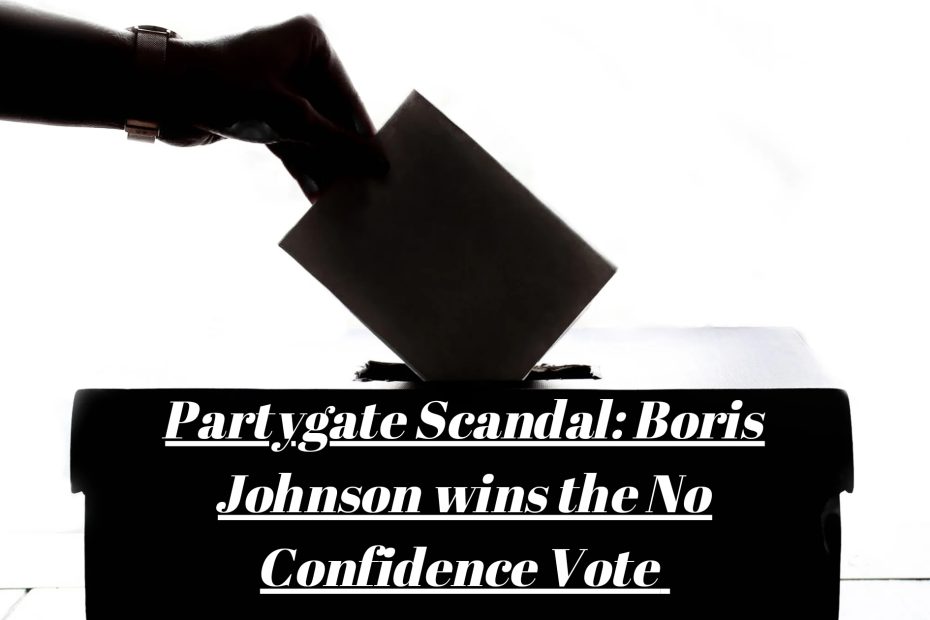 Boris Johnson, the British Prime Minister, won the confidence vote on Monday. MPs from his ruling Conservative Party tabled the no-confidence motion. Johnson received 59 percent of his legislators’ backing. Out of a total of 359 MPs, he received 211 votes.

A vote of no confidence is taken by all MPs. The outcome is decided by a simple majority.  Johnson’s removal required the approval of at least 180 legislators. Boris Johnson received only 148 votes against him so he easily won the confidence votes.

Johnson has spent much of this year battling his administration against claims of partying during the Covid lockdown and opposition attacks. The Partygate incident put his government under a lot of strain for a long time. Despite the Corona limits, he and his staff held many such parties at the Prime Minister’s residence, 10 Downing Street, which were in violation of the guidelines. He had also been fined by the police for this.

Furthermore, many of his party’s MPs were dissatisfied with the administration for upholding conservative policies and claiming that the policies would be changed later. As a result, party MPs are unable to regard Johnson as a capable leader. So, taking all these issues into account his own party members issued a no confidence motion against Boris Johnson.

In the race for Prime Minister, the current Finance Minister of the United Kingdom is a prominent figure. Not only that, but Johnson’s favourite minister in his cabinet was Rishi Sunak. During the Corona epidemic, Rishi proposed a 410 billion pound emergency package to preserve the economy. His decision was well-received. This greatly aided in the reduction of unemployment in the UK.