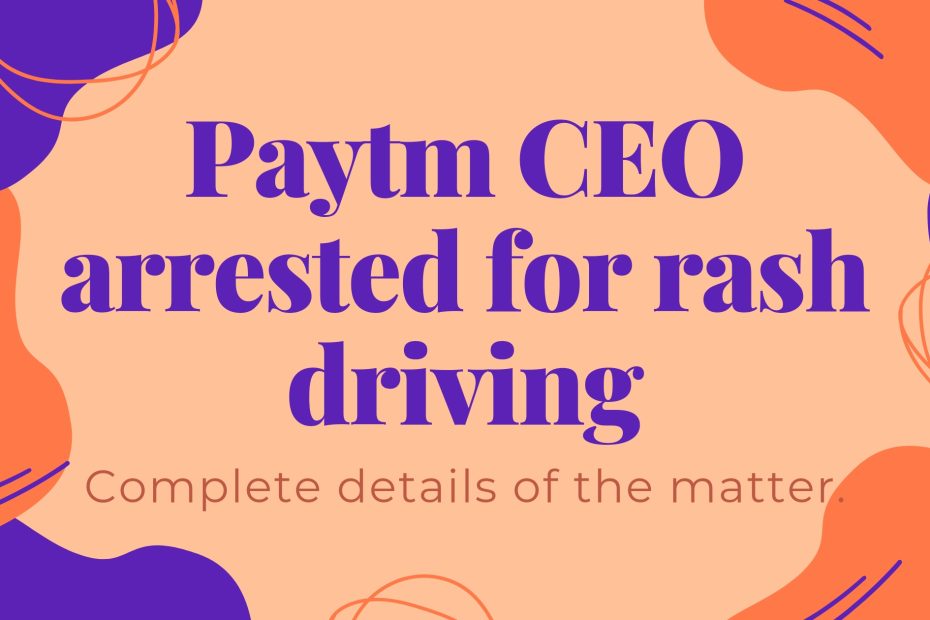 Paytm founder and CEO Vijay Shekhar Sharma was arrested by the Delhi Police last month for rash driving and later released on bail. According to an FIR registered in connection with the case, a Jaguar Land Rover, allegedly being driven by him, rammed the vehicle of the DCP (South District) outside The Mother’s International School on Aurobindo Marg.

According to the report of the English newspaper Indian Express, the incident took place on February 22 and the police registered an FIR on the complaint of constable Deepak Kumar, posted as the driver along with DCP (South) Banita Mary Jacker. Delhi Police spokesperson Suman Nalwa confirmed that the police arrested Sharma and released him on bail. DCP Jayakar declined to comment on the matter.

Constable Kumar said that he was posted with DCP (Jaikar) and took his car to a petrol pump around 8 am. When we reached Mother’s International School, an operator constable Pradeep was with me and found a traffic jam there. I saw a gathering of people dropping their children (for school). I slowed it down and signalled for Pradeep to walk out and clear the signal there.

“I was waiting when a car came from the side at high speed and hit my vehicle. Haryana’s registration number plate was there and the person managed to drive away. Our vehicle got damaged and Pradeep asked me to park it on the side of the road. We informed our DCP and he asked me about the car. We told them that we have noted down the number and then we have lodged an FIR at Malviya Nagar police station.” In the FIR, Kumar said he can “identify the driver”.

The police traced the car with the help of the transport department and found that it was registered with a company in Gurugram. The company told the police that it had given the vehicle to Sharma, a resident of Greater Kailash-II. Vijay Shekhar Sharma was called to the Malviya Nagar police station, where he was arrested and released on bail.