Home » Priyanka Chopra | From a College Dropout to an International Star.

Priyanka Chopra | From a College Dropout to an International Star. 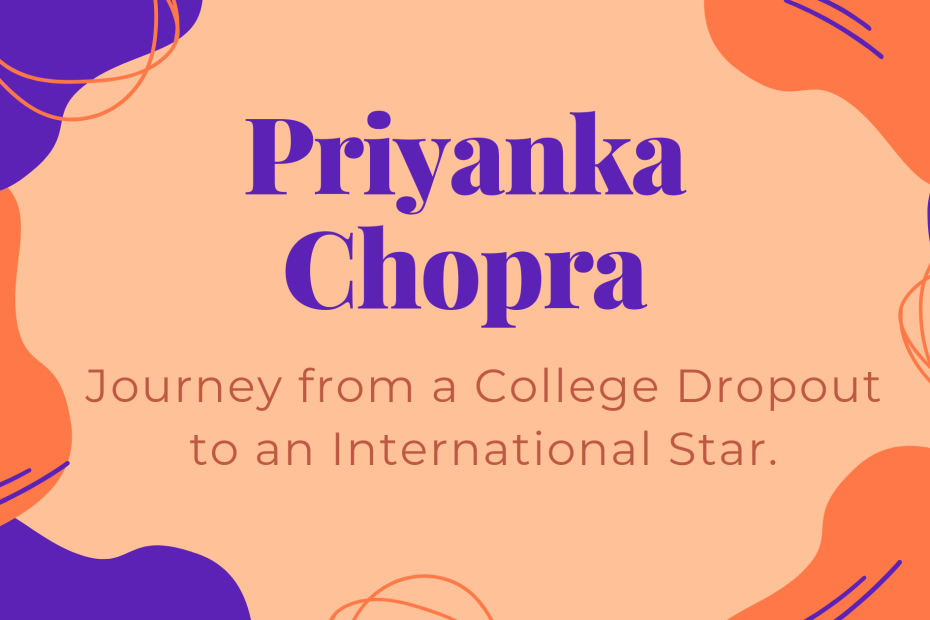 Hey Guys, Welcome to FactsMinister. Today we will be talking about the life story of former Miss World Priyanka Chopra.

Priyanka Chopra is an actress and model from India. She is well-known for her work in both the Bollywood and Hollywood film industries. In the year 2000, she was crowned with the title of Miss World. Priyanka Chopra is well-known for her stunning appearance and acting abilities. She’s won a National Film Award and five Filmfare Awards, among other accolades. In 2016, for her acting skills in various movies the  government bestowed the Padma Shri on her. Her name was in the list of the World’s 100 Most Influential People. She was also named to Forbes’ list of the World’s 100 Most Powerful Women in 2017 and 2018.

Priyanka played an anti-terrorist officer who averted a nuclear strike in Manhattan only days before an India-Pakistan summit in an episode of the international TV drama ‘Quantico’ on June 1, 2018. During her inquiry, she discovers a “Rudraksha” rosary, a sacred Hindu emblem, around the neck of a suspect who was hired by Indian nationalists to carry out a nuclear terror attack on Pakistan. This sparked outrage among Indians, who accused Priyanka of ruining India’s international image. She apologised on her Twitter account as a way of containing the criticism. She was also criticized for her double standards on bursting crackers during Diwali and pictures of her smoking with her boyfriend.

Priyanka Chopra previously had an affair with model Aseem Merchant. Akshay Kumar, Harman Baweja, Shah Rukh Khan, Shahid Kapoor, and Nick Jonas were among the celebrities with whom she was linked. Since they were on a few outings in early 2018, rumours of Priyanka and Nick Jonas’ affair have been circulating. When Nick accompanied Priyanka on her vacation to India in July 2018, things began to clear up. Nick and Priyanka got engaged in Mumbai on August 18, 2018. On December 2, 2018, Priyanka Chopra married Nick Jonas at the Umaid Bhawan Palace in Jodhpur.

Priyanka Chopra’s entire net worth estimation is around INR 367 crores, from which she donates a large portion to numerous charities, including her own The Priyanka Chopra Foundation For Health and Education.