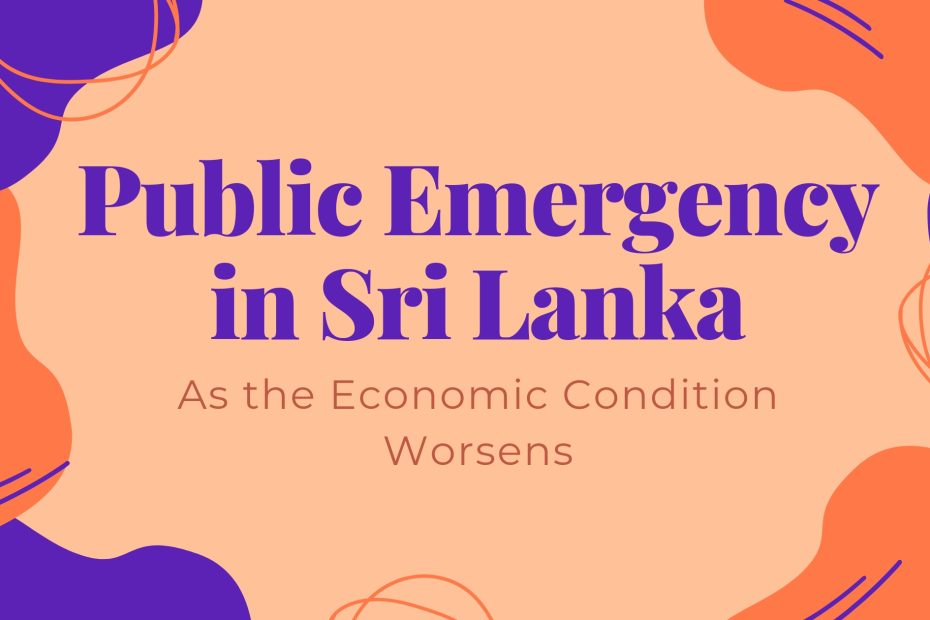 People in Sri Lanka have marched through the streets to demonstrate against the government as a result of the country’s continuous economic crisis. In response to the violent protests, Sri Lankan President Gotabaya Rajapaksa issued a gazette declaring a state of emergency.

According to local media, the state of emergency has been declared due to the current situation in the country. In addition to it there is a need to maintain crucial supplies and services for the nation’s survival.

A six-hour police curfew has also been implemented in Sri Lanka’s Western Province. The police shutdown in the Western Province will be in force from midnight today (April 2) until 6 a.m., according to a police spokesperson. Many protesters gathered outside Sri Lankan President Gotabaya Rajapaksa’s mansion earlier on Thursday and demonstrated vehemently.

Sri Lanka is also experiencing a currency crisis, which has resulted in shortages of food, gasoline, electricity, and gas, and aid from friendly countries is being sought for economic support. In Sri Lanka, there are at least 10 hours of daily power cuts. Simultaneously, the value of Sri Lanka’s currency has fallen.

The Sri Lankan government has labelled the violent protest outside President Gotabaya Rajapaksa’s mansion as terrorist activity. The midnight curfew in Colombo was lifted on Friday morning following the protests. People in Sri Lanka have begun to demonstrate against the President due to the country’s dismal economic situation. The Sri Lankan government blamed the demonstration on radical factions within the opposition.