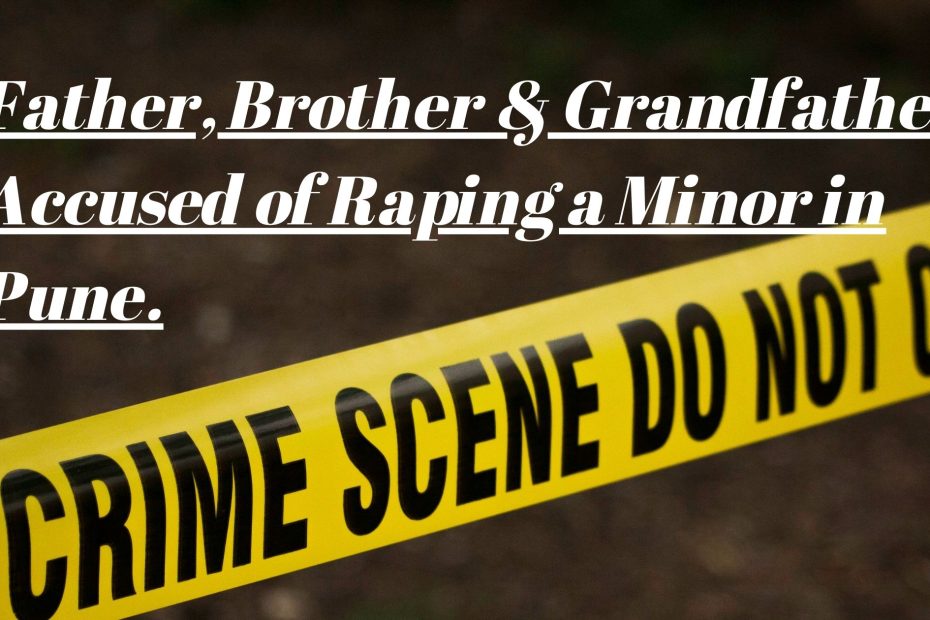 A sensational case has come to light in Pune, Maharashtra on Saturday. According to Pune Police, a minor girl was allegedly raped by her brother and father here. Not only this, the girl’s grandfather and distant relative have also been accused of molestation. These crimes were reportedly committed in the last five years. A case has been registered under various sections of the Indian Penal Code (IPC) for rape and molestation, a police officer said. However, no one has been arrested so far. The case against her brother and father under section 376 of the IPC for raping an 11-year-old girl, while the case against the relative of the victim and her grandfather under section 354 for molestation were recorded.

The official said that the victim and her family are residents of Bihar. He is currently living in Pune. Police Inspector (Crime) Ashwini Satpute said the incident came to light when the girl shared her ordeal during a ‘good touch and bad touch’ session at her school.

The Police officials said that the elder brother of the girl started sexually harassing her around November 2020. Her grandfather and a distant relative used to touch her inappropriately. since all the incidents happened at different times and the accused were not aware of each other’s movements, it was not a case of gang rape. The officials said that sections of the Protection of Children from Sexual Offenses (POCSO) Act would also be added in this case.

The POCSO Act of 2012, as well as the Rules that followed, went into effect on November 14, 2012. The Act is a detailed law enacted with the aim of safeguarding children from a variety of sexual offences, such as sexual assault, sexual harassment, and pornography, while also safeguarding the child’s interests at every stage of the judicial process by establishing a child-friendly mechanism for information disclosure, recording proof, inquiry, and speedy trial of offences through special courts.