Home » Rahul Bajaj : The Industrialist who left behind a exceptional Legacy

Rahul Bajaj : The Industrialist who left behind a exceptional Legacy 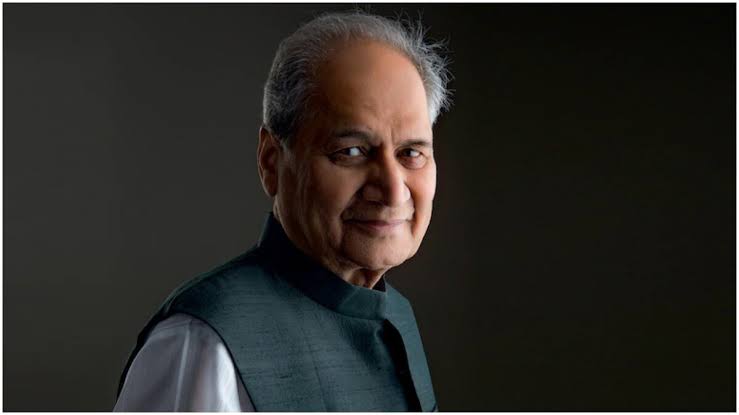 Rahul Bajaj, industrialist and former chairman of the Bajaj Group, passed away on February 12 at his home in Pune. He was 83 years old when he died.

Rahul Bajaj, who was born on June 10, 1938, was the chairman of the Bajaj Group for more than 40 years. Rahul Bajaj stepped down as chairman of Bajaj Auto in April of last year and was Chairman Emeritus of the company. Rahul Bajaj graduated from the University of Delhi with a BA (Honours) in Economics, a law degree from Mumbai University, and an MBA from Harvard Business School.

In 1965, Rahul Bajaj became the head of the Bajaj Group. Under his tenure, the automaker’s revenue increased from Rs 7.2 crore to Rs 12,000 crore. The Bajaj Chetak scooter, one of the brand’s most successful models, has become an aspirational icon for Indian middle-class families. ‘Humara Bajaj’ became a well-known advertisement at the time. In 2001, Rahul Bajaj received the Padma Bhushan, the third highest civilian honour. From 2006 until 2010, Bajaj was a member of the Rajya Sabha. Rahul Bajaj was ranked 421 on Forbes’ list of the world’s billionaires in February 2021, with a net worth of USD 8.2 billion. Rahul Bajaj served as the chairman of Indian Airlines and the chairman of the board of governors of the Indian Institute of Technology in Bombay.

Tributes Pour in for the Legend

Bajaj Group released a statement “It is with great sadness that I notify you of the death of Shri Rahul Bajaj, the late Rupa Bajaj’s husband and father to Rajiv/Deepa, Sanjiv/Shefali, and Sunaina/Manish. In the presence of his closest family members, he died on the afternoon of February 12th, 2022.

Prime Minister Narendra Modi tweeted “Shri Rahul Bajaj Ji will be remembered for his noteworthy contributions to the world of commerce and industry. Beyond business, he was passionate about community service and was a great conversationalist. Pained by his demise. Condolences to his family and friends. Om Shanti.”

President Ramnath Kovind paying tribute to Shri Rahul Bajaj tweeted “Saddened to learn of Shri Rahul Bajaj’s demise. A doyen of Indian industry, he was passionate about its priorities. His career reflected the rise and innate strength of the nation’s corporate sector. His death leaves a void in the world of industry. My condolences to his family.”