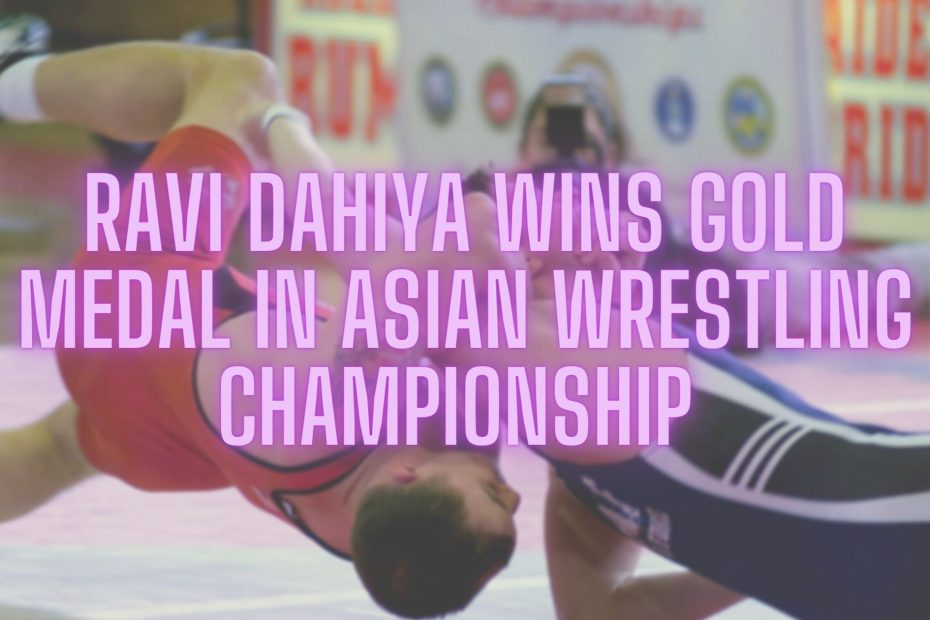 Ravi Dahiya, an Olympic medalist wrestler from India, has won gold at the Asian Wrestling Championship in Ulaanbaatar, Mongolia ‘s capital. Ravi Dahiya had previously competed in the Tokyo Olympics and earned a silver medal. Bajrang Punia, on the other hand, had to be satisfied with a silver medal in the 65 kg category. In the final, Bajrang was defeated 3-1 by Iran’s Rahman Musa.

Ravi won the final by technical superiority over Kazakhstan’s Rakhat Kaljan. At the outset of the game, Ravi had handed the Kazakhstan player an advantage. Later Ravi produced an incredible comeback in the freestyle event, defeating the rival player. Technical Superiority also known as Technical Fall which means if a wrestler establishes a ten-point advantage over his opponent at any point during the match, the wrestler wins by technical fall.

Ravi is from Sonipat, Haryana, and hails from the village of Nahari. Ravi won the initial matches after defeating Rikuto Erei of Japan on technical superiority and Janbazar Jandanbud of Mongolia with a score of 12-5. In the final, Ravi was initially trailed behind Kaljan. After that, he hit six two-pointers in a row.

In the year 2022, this is India’s first gold medal in wrestling. Ravi has previously won gold in the similar tournaments in Delhi in 2020 and Almaty in 2021. Ravi earned a hat-trick of gold medals in this method. Ravi had lost in the final of the Tokyo Olympics last year to Russian wrestler Javur Yugaev. The Russian player won this gold medal match by 7-4. Ravi is the second Indian wrestler to get a Olympic silver medal. Bajrang won a bronze medal in the Olympics at the same time.