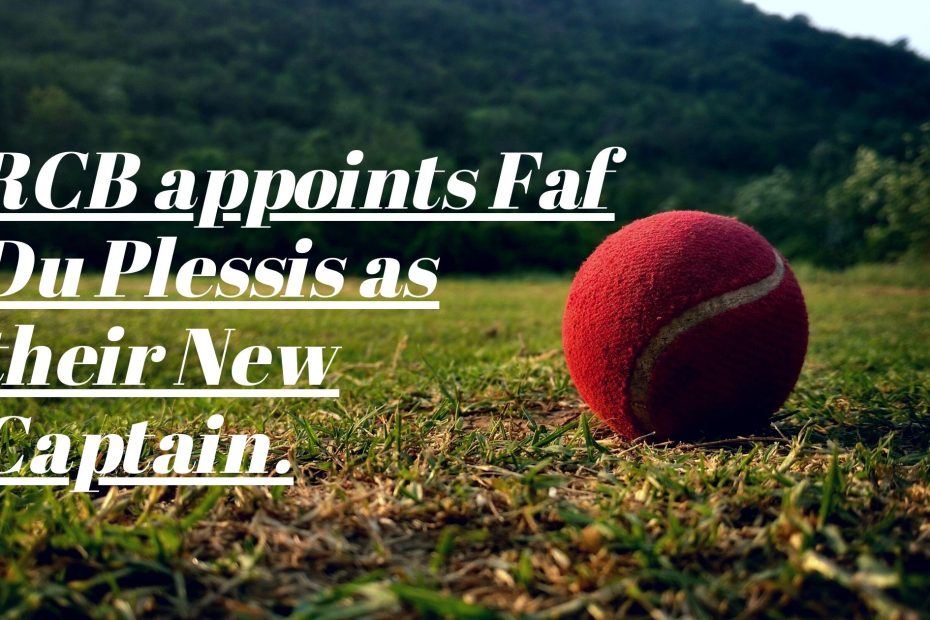 Royal Challengers Bangalore has appointed Faf du Plessis as the new captain of the team. Du Plessis will be seen captaining the IPL for the first time. He was bought by RCB in IPL Mega Auction for 7 crores. Du Plessis has retired from international cricket, so he will be available for the entire season.

An RCB source had issued a statement saying – We were waiting for clarity on Maxwell’s position and availability. Now, it is certain that he will not play in the first few matches, so Faf is the right option.

Faf du Plessis is considered a T20 specialist batsman and has also captained South Africa in international cricket. For Africa, he captained 37 T20I matches and won 23 matches, lost 13 and tied 1 match. Faf has a win percentage of 63.51.So we can say that Royal Challengers Bengaluru made the best choice considering this option.

Australian cricket team’s star all-rounder Glenn Maxwell is going to tie the knot soon. Maxwell will marry his girlfriend of Indian origin in Melbourne next month. Due to his marriage, Maxwell will be away from cricket for some time. Due to this, he will not be associated with Royal Challengers Bangalore in the starting few matches of the IPL 2022 season.

End of Virat’s Era as a captain of RCB

Virat Kohli left the captaincy of RCB after IPL 2021 Phase-2 last year. After leaving the captaincy, he was told that now I want to focus on my batting. Kohli became the captain of RCB in the 2013 season, but could not win the IPL title even once under his captaincy. In 2016, the team reached the final, but couldn’t win the trophy.