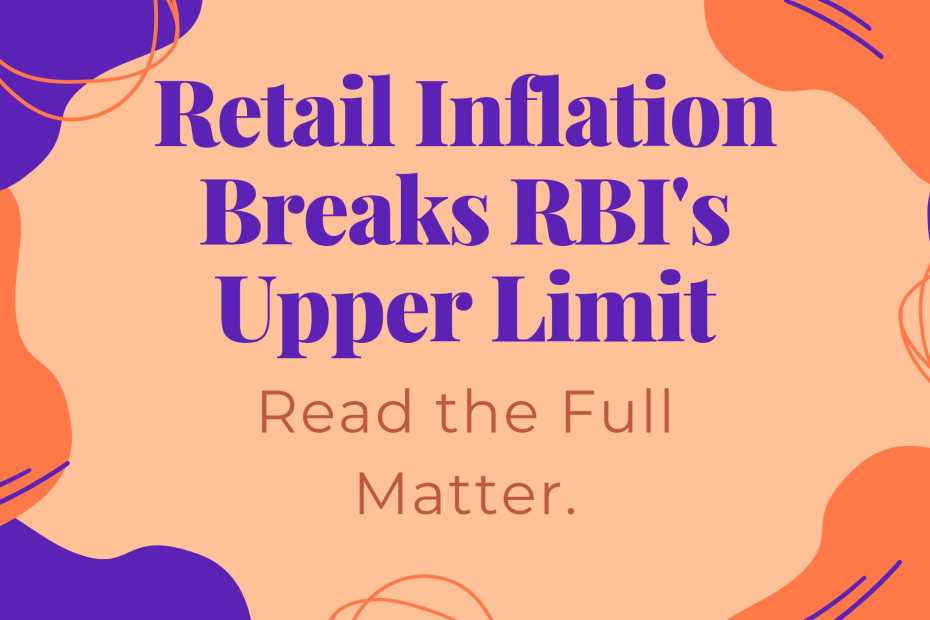 Retail inflation increased to a seven-month high of 6.01 percent in January, surpassing the Reserve Bank of India’s (RBI) upper tolerance level for the medium-term inflation target of 4+/-2 percent, owing to high food inflation, which leapt to a 14-month high of 5.43 percent, and an unfavourable base.

The CPI tracks retail prices at a specific level for a specific product, as well as price movement in rural, urban, and all-India areas. CPI-based inflation, often known as retail inflation, is the change in the price index over time.

The strong retail inflation is now being considered as structural, with price increases in non-food areas like clothes, fuel and light, household goods, health, transportation, and communication all above 6%. Most states have seen inflation rise beyond 6%, with Haryana experiencing the highest rate of 7.2 percent. On the basis of increasing cotton costs, clothing and footwear inflation has reached a 97-month high of 8.84 percent. In January, household goods and services inflation hit a 94-month high of 7.1%. Various automobile, phone, and FMCG companies have announced price increases in response to rising input costs.

There is no need to be concerned about inflation, according to RBI Governor Shaktikanta Das.

“Today’s inflation figure is predicted to be in the range of 6%.” So that shouldn’t come as a surprise or raise concern since we’ve factored that in,”

The Reserve Bank was fully conscious of its responsibility to inflation, Das added, and there was a delicate balance between inflation and growth. He noted that the rate of inflation in India has been declining since October, and that “price stability” remained the central bank’s top priority. “The statistical effect of a low base is primarily responsible for the spike in CPI inflation during October-December,” he explained.