Home » Russia Ukraine Conflict : Everything you need to Know.

Russia Ukraine Conflict : Everything you need to Know. 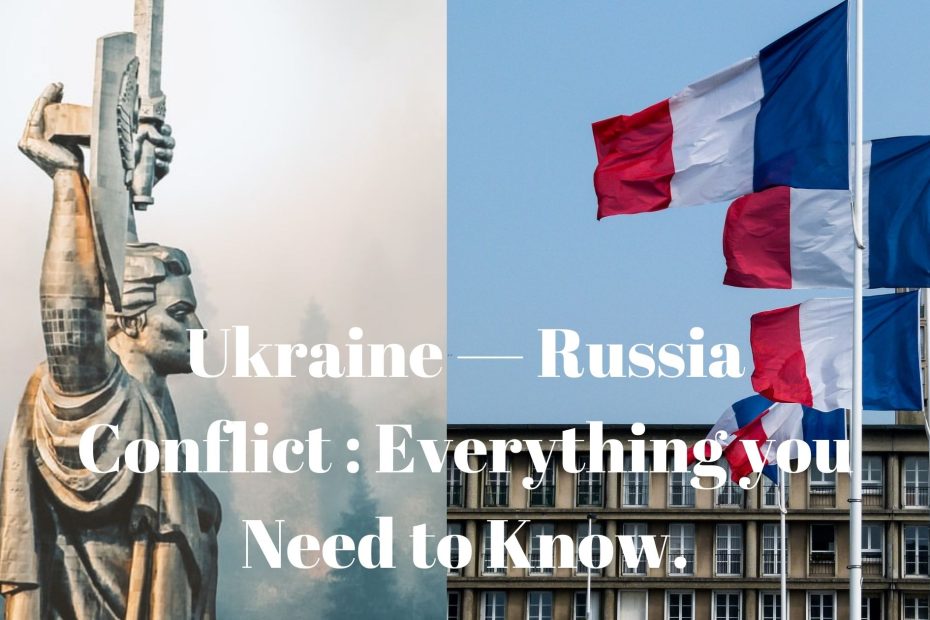 Hey guys, Welcome to FactsMinister. Today we are going to talk in detail about the ongoing Russia Ukraine Conflict.

Ukraine and Russia have shared cultural, linguistic, and familial ties for hundreds of years. For many in Russia and in the ethnically Russian portions of Ukraine, the shared heritage of the countries is an emotional topic used for electoral and military goals. Ukraine was the Soviet Union’s second-most powerful republic after Russia, and it played a critical geopolitical, economic, and cultural role. Since Ukraine’s breakup from the Soviet Union, Russia and the West have competed for increased influence in the country in order to maintain the region’s power balance. Ukraine serves as a vital buffer between Russia and the West for the United States and the European Union. European Square was a wave of protests and civil disturbances in Ukraine that began in November 2013 with demonstrations at Kiev’s Maidan Nezalezhnosti “Independence Square”

The protests spurred by the Ukrainian government’s decision to put off signing an association agreement with the European Union, preferring instead to strengthen ties with Russia and the Eurasian Economic Union. The Donbass region (the Donetsk and Luhansk regions) in eastern Ukraine has been facing a pro-Russian separatist movement since 2014. The movement is actively supported by the Russian government, according to the Ukrainian government, and Russian paramilitaries.

Russia grabbed Crimea from Ukraine, marking the first time since World War II that a European country has taken land from another. The annexation of Crimea from Ukraine came as a result of a Russian military intervention in Crimea in the aftermath of the 2014 Ukrainian revolution, which was part of broader turmoil in southern and eastern Ukraine. Russia has gained a nautical advantage in the region as a result of its invasion and subsequent annexation of Crimea.

Minsk I: In September 2014, Ukraine and separatists supported by Russia reached a 12-point ceasefire agreement in Belarus’ capital. It includes provisions for prisoner exchanges, humanitarian relief delivery, and the removal of heavy armaments. The arrangement immediately fell apart, with both parties breaking it.

Minsk II: In 2015, an open confrontation  averted.  thanks to the signing of the ‘Minsk II’ peace deal, which was mediated by France and Germany. Its goal was to put an end to the combat in the rebel-held areas and hand over the border to Ukrainian soldiers.

THE NATO ISSUE OF UKRAINE AND BLACK SEA

The Black Sea is surrounded by Bulgaria, Georgia, Romania, Russia, Turkey and Ukraine. All of these nations are NATO members. The Black Sea has become a key zone and a potential maritime flashpoint as a result of the standoff between NATO members and Russia.

The Black Sea region’s distinctive terrain provides Russia with significant geopolitical advantages. Access to the Black Sea is critical for all littoral and bordering states, and it considerably boosts power projection into various adjacent regions. The region also serves as a vital transportation hub for products and energy. Ukraine has requested that the North Atlantic Treaty Organization (NATO) expedite his country’s membership.

Russia has dubbed such a move a “serious issue,” fearful of the ramifications of US-led military alliances encroaching on its borders.

Ukraine is encircled on all sides by more than 100,000 Russian troops, with world leaders flying in and out of Kyiv in the hopes of finding a solution to the crisis that will prevent a Russian invasion. The issue is the most high-stakes manifestation of the country’s 30-year history of being stuck between East and West, oscillating between Moscow’s and the US’s European allies’ influences. Ukraine has emerged with its democracy intact, despite scandals, conflict, and two major protest movements, choosing pro-Western presidents at times and Kremlin-aligned leaders at other times.

TIMELINE OF THE CRISIS

US RESPONSE TO MILITARY PULL BACK BY RUSSIA

American officials have not validated Russia’s claim that it is withdrawing some troops from Ukraine’s border, according to US President Joe Biden, who also stated that Russian forces remain “very much in a threatening position” and that “an invasion remains very imaginable.” He went on to say that Russia has over 150,000 troops around Ukraine, which is a greater figure than US authorities had previously stated. Biden, speaking from the White House’s East Room, promised to “give diplomacy every chance” to prevent a Russian attack. He also stated that he would not “compromise core principles” by allowing countries to select the geometry of their own borders.

INDIA’S ROLE IN THE CRISIS

India did not join the Western powers in condemning Russia’s incursion in Crimea and maintained a low profile on the subject. India voted against a UN resolution proposed by Ukraine condemning alleged human rights breaches in Crimea in November 2020, so siding with old ally Russia on the matter. In Recent crisis to India remained neutral in its approach on the ongoing Russia Ukraine Conflict.

A practical solution for the situation is to revive the Minsk peace process. As a result, the West, the United States and other western countries should press both sides to resume discussions and honour their promises under the Minsk Accord in order to restore relative peace along the border.

Check out more articles on Interesting and Trending News.