Home » Russian Invasion Continues on the 7th Day of War.

Russian Invasion Continues on the 7th Day of War. 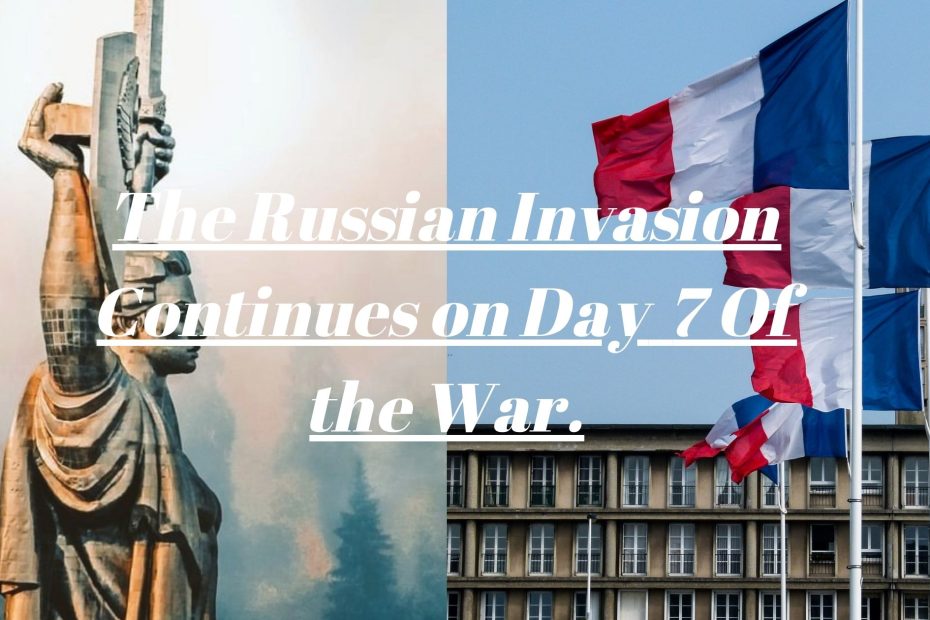 As Russia’s invasion enters its seventh day, Russian airborne forces have landed in Kharkiv, Ukraine’s second largest city. According to the news agency AFP, the Ukrainian army claims that enemy fighters attacked a hospital in the city. Kharkiv is also the location where an Indian student was murdered by Russian military bombardment on Tuesday. “In Kharkiv, Russian airborne forces landed and attacked a local hospital. There is a battle going on right now “AFP reported that Ukrainian military were involved. Russian missile attacks damaged the city centre on Tuesday, including residential areas and government buildings, according to Kharkiv region chief Oleg Synegubov.

Kharkiv, a predominantly Russian-speaking city on the Russian border, with a population of approximately 1.4 million people. Since Russian President Vladimir Putin started an invasion of Ukraine last Thursday, it has been a target for Russian soldiers.

In his first State of the Union address, US President Joe Biden promised to make Vladimir Putin “pay a price” for Russia’s invasion of Ukraine. Biden, in announcing the US’s decision to bar Russia from its airspace, said Russian President Vladimir Putin was greeted with “a wall of power” in Ukraine. Russian soldiers intensified their attacks on popular urban areas Tuesday, shelling the centre square of Ukraine’s second-largest city and Kiev’s main TV tower.

Events of war on Day 6 and India’s Evacuation