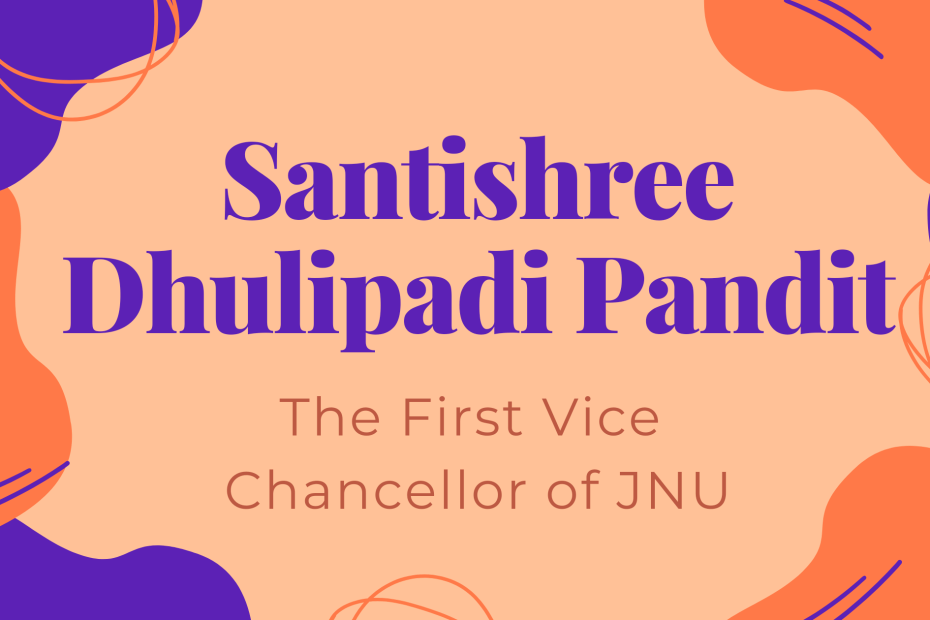 The Jawaharlal Nehru University (JNU) is a public university in New Delhi, established on September 12, 1969. It ‘s naming is after Jawaharlal Nehru,who served as Indian Prime Minister during 1947-1964. The JNU is one of India’s most prestigious and best universities, and it is top-ranked university in India as per nirf ranking. The University’s Visitor is the President of India. The Chancellor is the University’s formal leader, while the Vice-Chancellor is the University’s executive leader. The Visitor appoints them both based on the Executive Council’s recommendations.

Santishree Dhulipadi Pandit is appointed as the first women vice chancellor of this prestigious university. M Jagadesh Kumar, who was acting vice chancellor at JNU after his five-year term ended last year. Currently he is chairperson of the UGC.

President Ramnath Kovind approved the appointment of Santishree Dhulipadi Pandit as the vice chancellor of the university. In 1988, Pandit began her teaching career at Goa University, in 1993, she worked in Pune University. She has worked as an administrator in a number of academic institutions. She’s also served on the University Grants Commission, the Indian Council of Social Science Research (ICSSR), and as a Visitor’s nominee to central universities.In  her overall prestigious career she gave her guidance to 29 Phd’s.

Pandit is currently a Political Science professor at Maharashtra’s Savitribai Phule University’s Department of Politics and Public Administration. She is 59 years old, earned her MPhil and PhD in International Relations from Johns Hopkins University.

After her appointment as Vice chancellor many raised concern over her Islamophobic and anti farm tweets.Currently she deactivated her twitter account after the controversy.Till now there is no official confirmation or reaction from VC.