Saudi Activist, Raif Badawi Released from Jail After a Decade 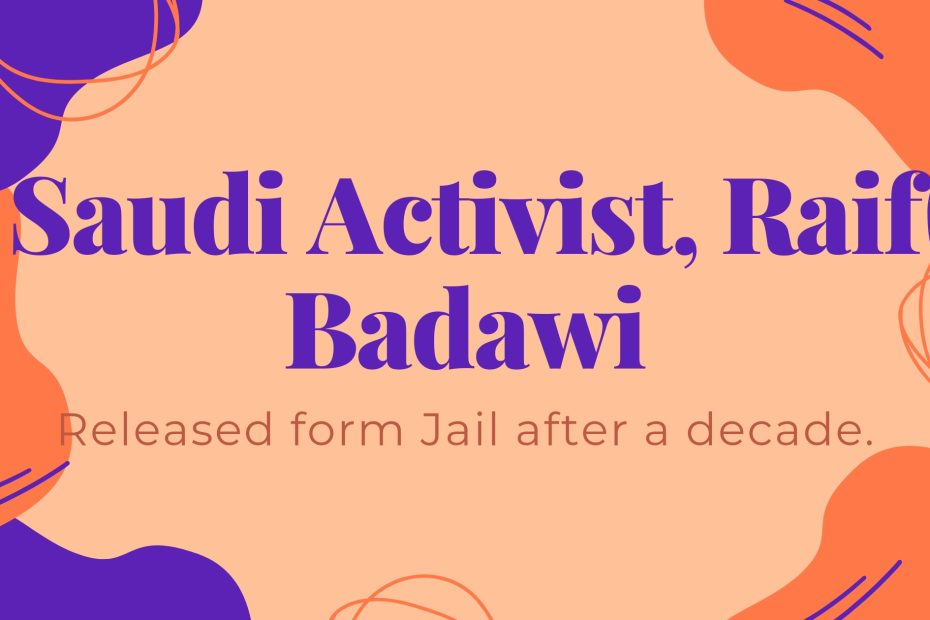 Raif Badawi, a Saudi blogger and human rights campaigner who has become a global icon of freedom of expression, released on Friday after ten years in prison for “insulting Islam.” Ensaf Haidar,wife of Raif confirmed the release of her husband. It’s unknown what Badawi’s release conditions are. In 2014,  sentenced to a 10-year travel ban, which would begin when his prison term ended.

Raif Badawi, is a Sunni Muslim who studied economics and owned an institute for acquiring English and computer skills, according to his wife. He enjoys reading and is well-known for his pro-freedom-of-expression articles. In the net-citizen category, the blogger was awarded the 2014 Reporters Without Borders prize.

The laureate of the Reporters Without Borders prize for press freedom, now 38 years old, caught and incarcerated in Saudi Arabia in 2012 on charges of “insulting Islam,” and was sentenced to ten years in prison and 50 lashes per week for a period of twenty weeks at the end of 2014. On his blog, he criticised Saudi Arabia’s religious police, a body whose power has been curtailed in recent years by Saudi Arabian Crown Prince Mohammed bin Salman, and he also called for the end of religion’s role in politics.

His first flogging, which took place at Jeddah Square in Saudi Arabia in 2015, stunned the globe and was branded as “cruel and barbaric” by the United Nations. He would not be whipped again after the uproar.

Raif Badawi remains imprisoned in Saudi Arabia, with a 10-year restriction on leaving the country,” Amnesty International stated in a statement. “For the next ten years, he is also prohibited from accessing any social media, severely limiting his capacity to express himself.”