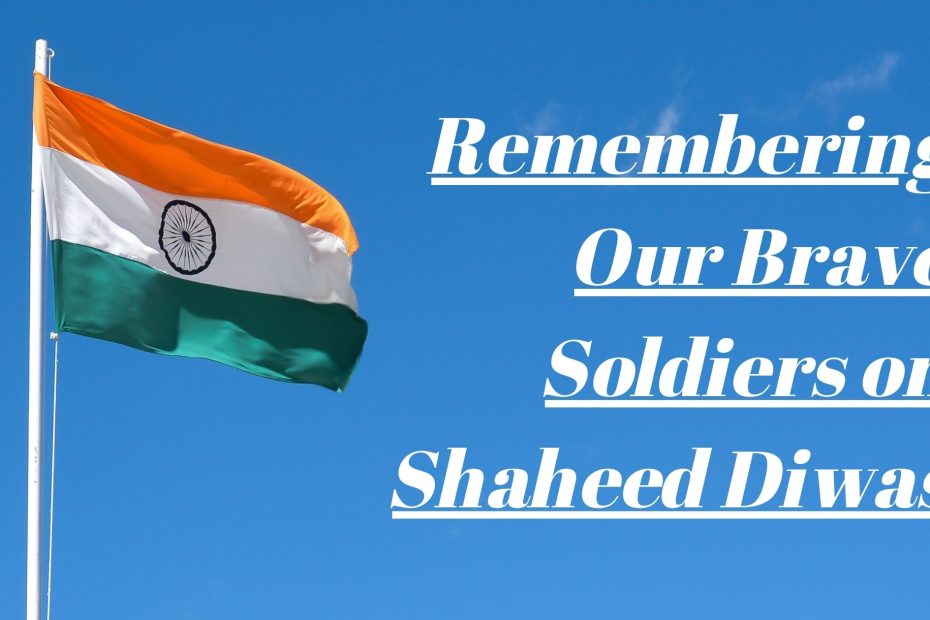 In 1947, India achieved independence from the British after 200 years of enslavement. Was this liberation, though, so simple? Certainly not. India had to make not one or two, but lakhs of sacrifices as the price of independence. To honour their sacrifices and heroism, India commemorates Shaheed Diwas / Martyr’s Day. People talk about the wonderful tales of such young individuals who battled with heroism and recount the stories of their valour every year on March 23rd.

Why is Martyr’s Day celebrated?

The British hanged three freedom fighters on March 23: Bhagat Singh, Shivram Rajguru, and Sukhdev Thapar. These warriors battled for the benefit of the people from an early age, sacrificing their lives in the process. Many young Indians look up to Bhagat Singh, Rajguru, and Sukhdev as role models. Their heroism encouraged countless people to come forward as well as fight for their freedom during the British reign. This is why the bravery of these three heroes is immortalized till date

The Story Behind the Sacrifice of Bhagat Singh, Rajguru and Sukhdev

Bhagat Singh was born in the Punjabi village of Banga on September 27, 1970. He was born into a family of revolutionary fighters and was executed when he was only 19 years old. Rajguru was born in the city of Pune in the year 1908. In addition, he became a member of the Hindustan Socialist Republican Army. On May 15, 1907, Sukhdev was born. Among Punjab and North India, they held revolutionary assemblies and instilled enthusiasm in the masses.

Following Lala Lajpat Rai’s assassination, Bhagat Singh, Rajguru, Sukhdev, Azad, and others seized the forefront in the fight for freedom. They hurled bombs in the Central Assembly on April 8, 1929, in protest of the Public Safety and Trade Distributor Bill, raising their voice against British control.

Bhagat Singh, Rajguru, and Sukhdev were indicted on charges of murder after chanting the slogan ‘Inquilab Zindabad.’ On the charge of murder, they were hung in Lahore Jail on March 23, 1931. On the banks of the Sutlej River, Bhagat Singh’s  death rituals were conducted. Until now, Shaheedi Melas or Martyrdom Melas have been conducted at Hussainiwala, where he was born.

How Shaheed Diwas is celebrated

On Martyrs’ Day, Indians hold parades to honour and pay homage to Bhagat Singh, Sukhdev Thapar, and Shivram Rajguru. And to all those who died in the resistance movement. Discussion, presentation, poetry reading, and essay competitions are held at schools, colleges, and offices on this day.