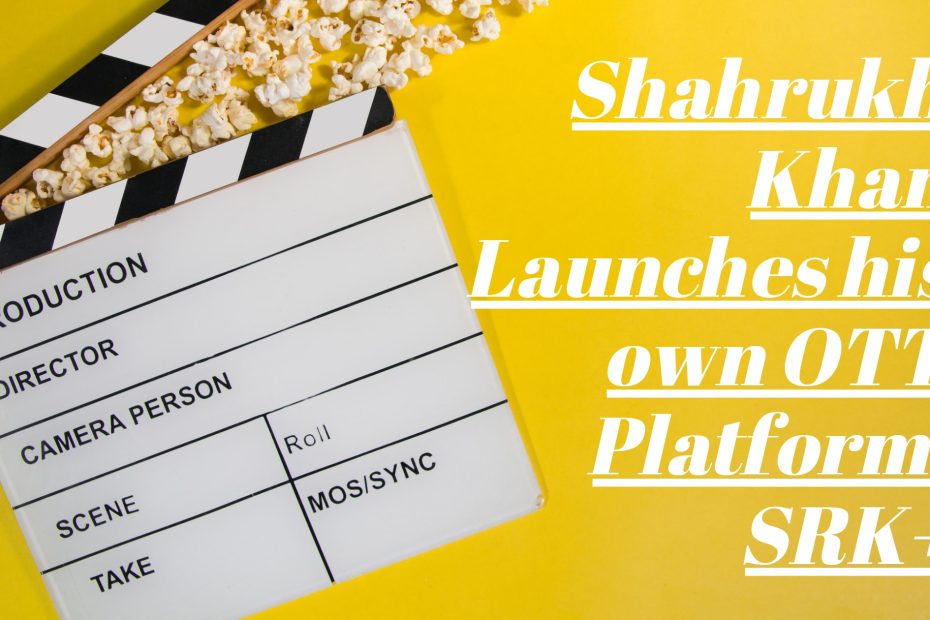 Shahrukh Khan, who has made his place in the hearts of the audience with his acting and romantic image, is known today by the name of the entire Bollywood King Khan. The whole world is turning to OTT at this time, every actor-actress is showing their acting skills on OTT. In such a situation, Shahrukh has also made up his mind to launch his OTT platform. The actor shared this announcement on his social media handle, which has created a wave of happiness among his fans.

Actor Shah Rukh Khan on Tuesday announced the launch of his OTT platform ‘SRK’ on his Twitter handle. Making this announcement, Shahrukh wrote in his tweet, ‘Kuch Kuch Hota Hai Hai, OTT Ki Duniya Mein’. In this tweet, there is a photo of Shahrukh doing thumbs up, on which the name of his OTT platform is also written. Along with this, he will ensure that this new OTT platform will be available soon.

People are always impressed by Shahrukh’s acting and his popularity among people is more than any Bollywood star. This step of Shahrukh, who is called the king of romance, will now take him closer to the hearts of his fans. His fans are very happy with this announcement and are waiting for its launch.

Talking about Shahrukh’s recent work, he was last seen in the 2018 film ‘Zero’. Sadly that movie didn’t make a major revenue. Since then, the fans of the actor are eager to see him on the big screens. He will now be seen in the film ‘Pathan’, which also stars John Abraham and Deepika Padukone. Just a few days ago, the first look of Shahrukh from ‘Pathan’ was revealed.

1 thought on “Shahrukh Khan Launches his own OTT Platform SRK+”