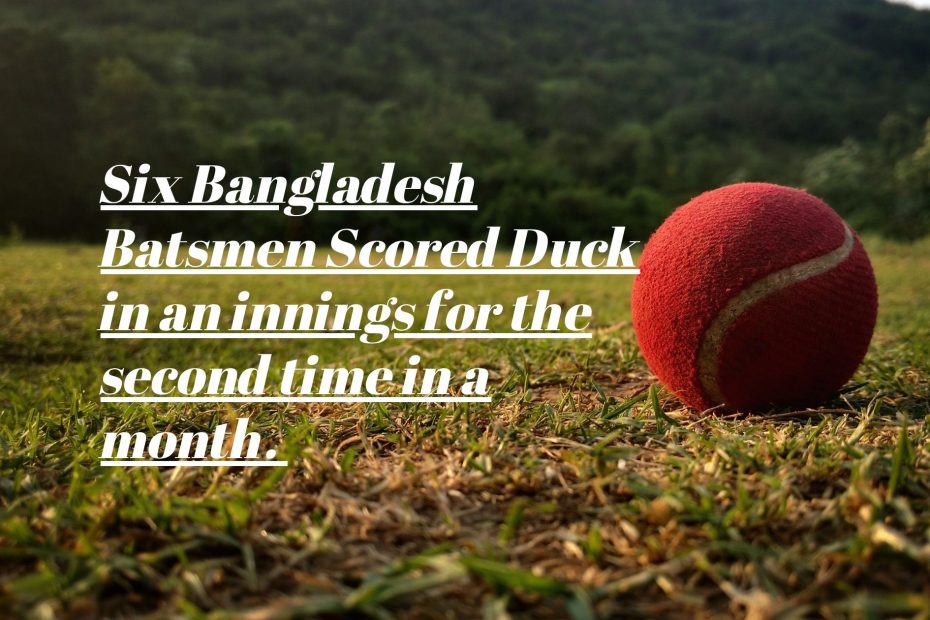 In Test cricket, Bangladesh has created an unfavourable record. On the first day of the first Test against the West Indies, six of his batsmen went out for ducks in the first innings. The fact that this has occurred twice in the past month is significant. Six Bangladesh batsmen returned to the pavilion without opening the scoring on May 24 during the Mirpur Test due to aggressive Sri Lankan bowling attack.

Kraigg Brathwaite, the captain of the West Indies, chose to bowl first after winning the toss. Which proved to be entirely accurate. Bangladesh had a poor start. Three players returned to the pavilion for a total of 16 runs while they lost two wickets for just 3 runs. Three batsmen in the top order couldn’t even score a single run. Mahmudul Hasan Joy, Najmul Hossain Shanto, and Mominul Haque went back to the pavilion without troubling the scorers.

After 6 wickets were lost for 45 runs, captain Shakib Al Hasan took over the innings. He had a fantastic performance, scoring 51 runs off just 67 balls. But even with his performance the team’s total was only 103 runs in 32.5 overs with all the 10 wickets lost since the other batters failed to support him. Alzarri Joseph and Jayden Seals each claimed three wickets for the West Indies. Kyle Mayers and Kemar Roach each claimed 2-2 wickets.