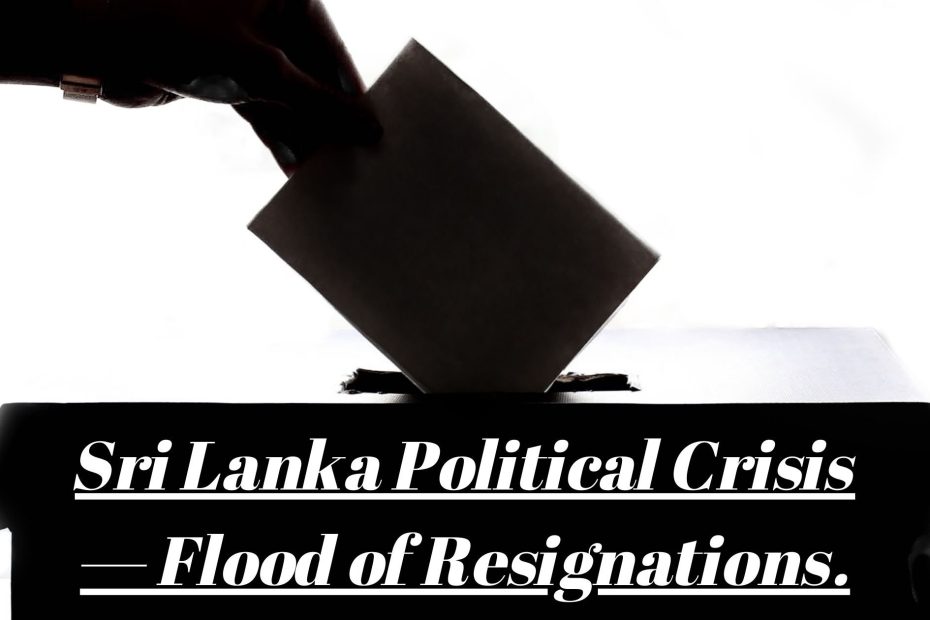 In the midst of a severe economic crisis, Sri Lanka’s power struggle persists. On the opposition’s demand, President Gotabaya Rajapaksa has refused to resign. He stated that he is likely to hand over power to any party with a 113-member majority in Parliament. Meanwhile, Ali Sabri, the newly appointed Finance Minister, resigned the next day after his appointment to the post.

The president’s resignation was demanded by the opposition parties in Sri Lanka, but the Rajapaksa family refused. The country’s political parties are becoming increasingly acrimonious. President Rajapaksa’s appeal, in which he encouraged the opposition to join the unity cabinet, was also rejected by opposition groups.

People in Sri Lanka are becoming increasingly enraged at the ruling Rajapaksa family, for the country being in the throes of a catastrophic economic crisis. People who are suffering from hyperinflation are saying, “Stop one family from wrecking the country,” and “Stop selling our country.” The Rajapaksa family holds the majority of critical posts in Sri Lanka.

President Rajapaksa had political meetings on Monday, according to the Daily Mirror. Public protests regarding shortages of critical items and power outages in the country continued at the same time. Following public protests, Parliament will meet for the first time today. Speaker Mahinda Yapa Abhaywardene will hold a vote to confirm the majority in the 225-member parliament. 113 is the majority mark in Lanka to form the government.

The Sri Lankan government’s 26 cabinet ministers unanimously resigned from their roles on Sunday, citing the country’s grave economic difficulties. President Rajapaksa has urged opposition parties to join his cabinet and establish an all-party administration to cope with the situation, but they are not ready.

The SLPP [ Rajapaksa party]  is still fighting for its 113 seats, which would allow it to stay in power with a simple majority and keep Mahinda Rajapaksa as Prime Minister. If the Mahinda Rajapakse government fails to gain a majority , the speaker can convene talks to choose a new Prime Minister, and the President will give over power to the new party.