Home » St. Javelin : A Symbol of the Ukrainian Resistance in War.

St. Javelin : A Symbol of the Ukrainian Resistance in War. 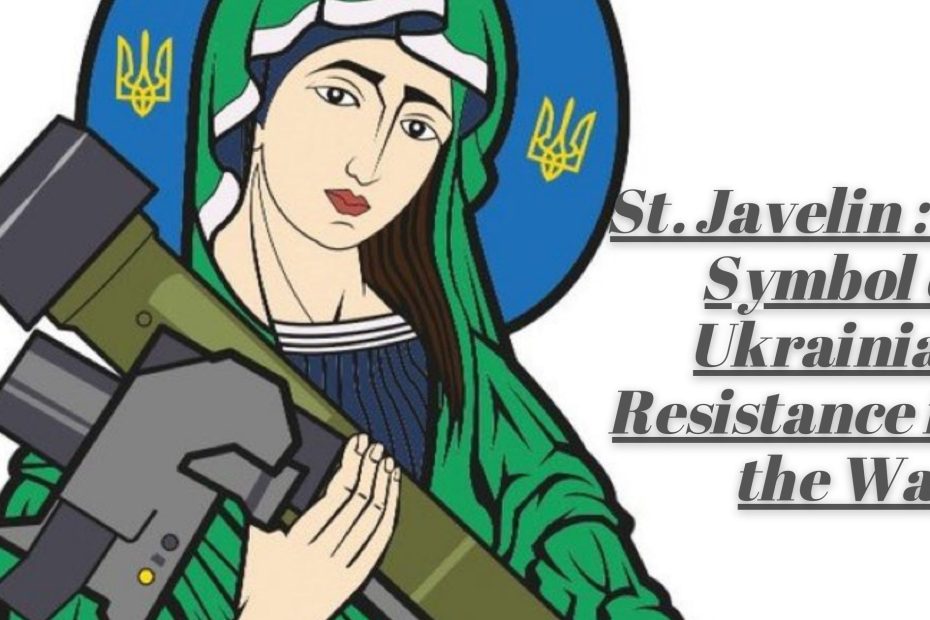 A photo of a saint carrying a Javelin, an anti-tank missile launcher, is making the rounds on social media amid Russia’s ongoing war with Ukraine. The photo, dubbed “St Javelin,” has become a symbol of Ukraine’s resistance in the continuing conflict, with most of the credit due to this Javelin.

Who is St. Javelin?

On social media, a photo of Mary Magdalene carrying a Javelin, an anti-tank missile launcher, has gotten a lot of attention. Mary Magdalene dressed in a green garment with a beautiful red halo, as seen in Eastern Orthodox church art. Furthermore, the image of St. Javelin has come to symbolise Ukraine’s resistance to the current conflict. Apart from serving as a symbol of resistance during the crisis, a website with the same name has been set up to generate donations for Ukraine. Clothing, banners, and stickers featuring an image of St Javelin are available for purchase on the website.

The Javelin is a 50-pound missile designed by US defence contractors in the late 1980s. It does not require a millie launcher and can be launched by the soldier. According to sources, the Ukrainian defence relies heavily on the Javelin to resist the Russian troops’ all-out assault. The missile may  launch up to 490 feet into the air before landing in a curveball shot on the target. The javelin is a shoot-and-scoot weapon, meaning the soldiers can flee after firing the projectile.

History of Javelin and its Relevance in Ukraine Defence System

The Javelin has only been in Ukraine for a short time. The missiles were originally purchased from the US in 2018 as part of a $47 million deal that contained 210 missiles and 37 CLUs. It was a contentious sale at the time, but it marked a shift in policy. At the time, the US had committed to simply selling Ukraine defence weaponry, but many saw the Javelin as capable of far more than that. Ukrainians got practice with the Javelins against Russian-backed separatists as the fighting in the Donbas heated up ahead of the invasion at the end of last year 2021.

1 thought on “St. Javelin : A Symbol of the Ukrainian Resistance in War.”