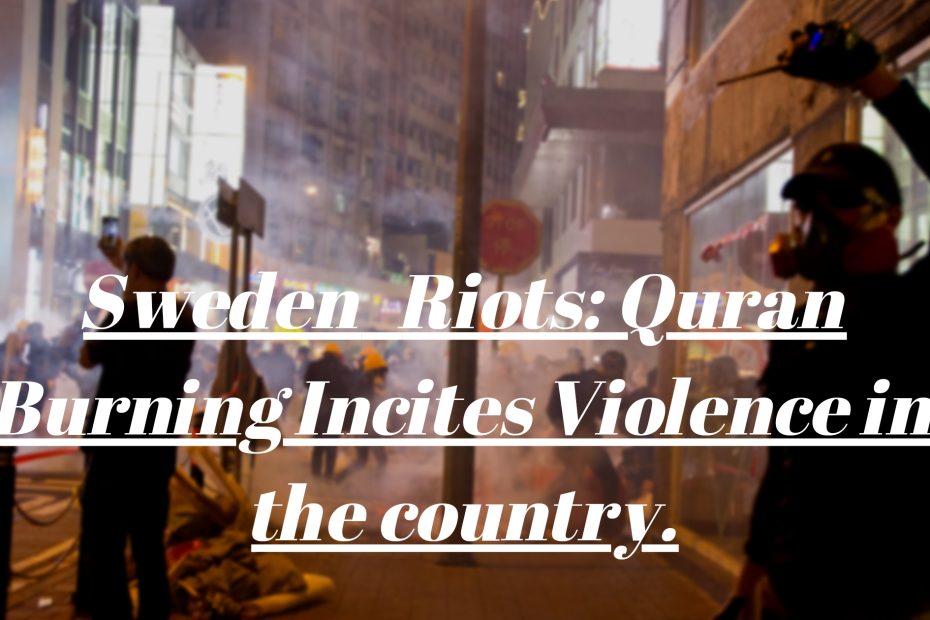 After the matter of burning the Quran, Islam’s sacred book, came to light, Sweden has been on fire for the past four days. There have been numerous reports of violent conflicts between cops and criminals. On Sunday, there were clashes between security forces and rioters, with three persons getting hurt as a result of the gunfire. Several vehicles were also set on fire as a result of this. So far, 17 people have been apprehended, according to local media. Several cars, including a bus, were set on fire during a rally in Malmö earlier on Saturday.

Many people have been hurt as a result of the violence that has swept across Sweden. According to the report, 16 police officers were injured during the tumultuous protest. Arson events have also been reported in a number of locations.

After the matter of Quran burning was brought to light, Islamic countries expressed their discontent with the incident. Swedish ambassadors to Iran and Iraq have previously been summoned. During this time, both countries’ governments condemned the incident and called for peace to be maintained.

Saudi Arabia condemned the incident and said that “Saudi Arabia places a strong emphasis on discussion, tolerance, and peaceful coexistence”

Rasmus Paludan, a Danish-Swedish extremist who controls the Storm Kurs party , an extremist group, has claimed responsibility for the burning of the Quran in Sweden. He stated in his statement that he had burned the Quran and will continue to do so in the future as well.

Strom Kurs had also intended to burn the Quran in 2020, which resulted in riots. Many vehicles and shops were set on fire in Malmö city at the time. Rasmus Paludan was sentenced to prison for racism in 2020 as a result of the violence.