Telangana Women, Razia Begum continues to fight for her son. 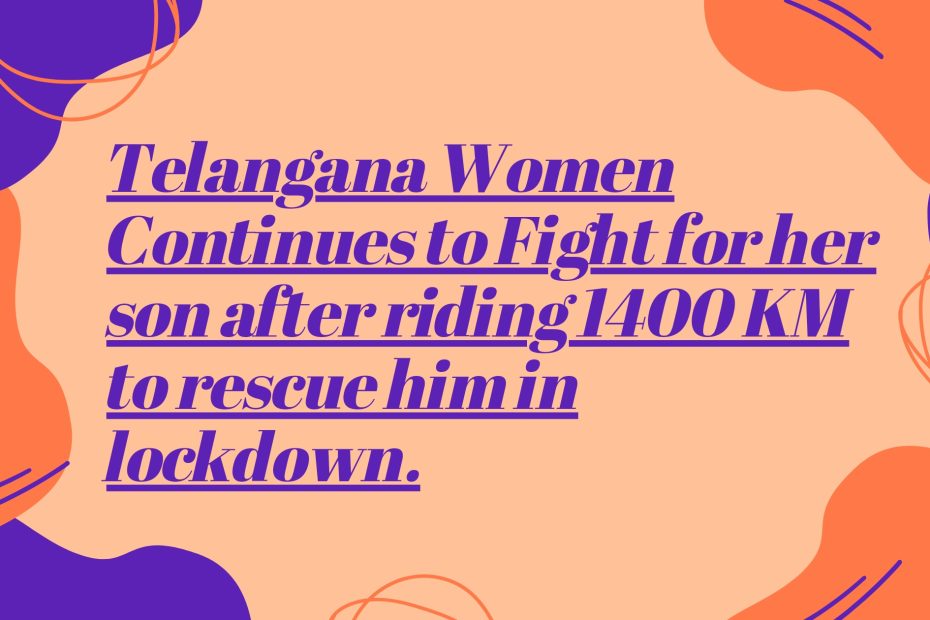 Razia Begum who rode 1400 kms to rescue her son during lockdown, now once again in agony after her son is struck in Ukraine.

Razia Begum is a teacher in Nizamabad district and awaiting her son’s safe return from Ukraine. Though there were about 260 students struck in Ukraine from Telangana and returned but destiny of her son is still not known. However he made contacts with her mother saying he is safe and not to worry. Razia now wrote letters and urged the telangana government and the Prime Minister to intervene and save her son.

Aman Nizam, Razia’s son is basically a first year student from Sumy State Medical University. He along with 500 students from various state are struck in a bunker there. The reports suggest that there is a massive fighting going on in that place where there is a threat of massive attack. Also the Sumy State Medical University is near to the Russian border escalating the threat level.

On April 6, 2020, Ms Razia set out on her two-wheeler with nothing but a pack of rotis, some fruits, and a five-litre petrol can. Even at night, she drove beside large vehicles on highways and arrived at Nellore the next day. She drove back to their home in Bodhan after picking up her son.

Aman Nizam is stuck once more, this time in a foreign country in the midst of a violent scenario, and Ms Razia is terrified  “They can’t get out because it’s too dangerous to go outside.” “I implore Prime Minister Narendra Modi to save my son and other   500 Indian students who are stranded there in a bunker,” she said in her statement.