Home » The 10 Best Places to Visit in Guwahati

The 10 Best Places to Visit in Guwahati 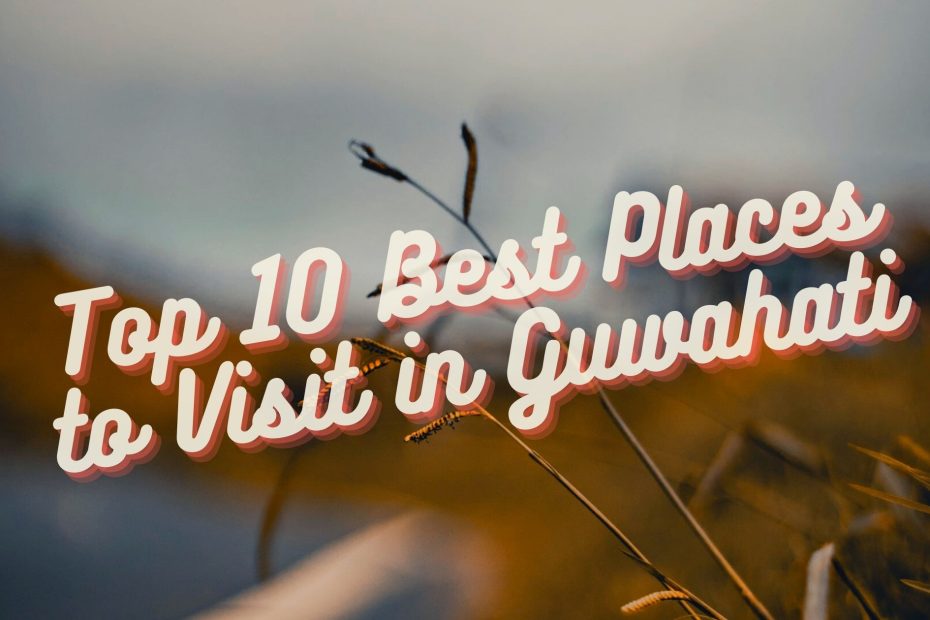 Hey Guys, Welcome to FactsMinister. Today we will be sharing with you the top 10 places to visit in Guwahati.

Guwahati is Assam’s capital and largest city in north-east India. It is located along the banks of the Brahmaputra River. Guwahati, a picturesque city located within the spectacular Himalayan mountain ranges, is not only a tourist destination in itself, but also a gateway to many other North East locations. As a result, there are many great spots to visit nearby for the weekend. There is something here for every type of traveller, whether they are nature or adventure enthusiasts. Here are top 10 places to visit in Guwahati.

Mayong is a series of villages on the banks of the Brahmaputra River in Morigaon district, known as the ‘Land of Black Magic.’ It is one of the best places to visit in Guwahati. Apart from being a popular tourist location and weekend retreat from Guwahati, it is also well-known for legends of black magic and black magic practitioners. Pobitora Wildlife Sanctuary is one of the nearby attractions of the village, which is surrounded by wildlife. This village is known for trekking and a variety of water sports, which you can participate in if you visit.

To know more about Black Magic Culture of Mayong refer to the link below :

Hajo is a historic pilgrimage place on the banks of the Brahmaputra River, 36 kilometres from Guwahati. It is one of the best places to visit in Guwahati.This pilgrimage site attracts followers of three main religions: Hinduism, Islam, and Buddhism. This shrine is devoted to significant Muslim saints in addition to Durga, Vishnu, Shiva, and Buddha. Hayagriva Madhava Temple is the most well-known temple in this pilgrimage centre. This temple draws the majority of Hindus and Buddhists, and it is believed here that Buddha is said to have gained Nirvana.

The Pao Mecca mosque, erected by Muslim saint Pir Giasuddin Aulia, is another notable structure in Hajo. There are also lesser-known Hajo temples, such as the Ganesha temple, which was built in 1744 AD. An inscription on the Kedareswara Temple, a Shiva temple, indicates that it dates from the Rajeswar Singha dynasty.

Pobitora Wildlife Sanctuary is home to one-horned rhinoceros, which can be seen in large numbers. This refuge also has a high number of bird species to observe. The sanctuary is also known as the ‘Bharatpur of the East,’ and its wildlife has won it a lot of attention over time. This is one of the best places to visit in Guwahati. The sanctuary covers a total area of 38 square kilometres. Guwahati is 48 kilometres away from Pobitora Wildlife Sanctuary.

The significance of Guwahati’s Kamakhya Devi Temple is tremendous; it is a stunning tourist attraction that attracts worshippers and tourists on a regular basis. This temple is located on the Nilachal hill in Guwahati, Assam, in the western portion of the city. Kamakhya Devi Temple is one of India’s most important temples. The Kamakhya temple’s main entrance is adorned with intricate decorations. It is definitely one of the best places to visit in Guwahati for worshippers.

The most prominent festival here is Ambubachi Mohatsav, which lasts three to four days in June. This temple is full of fascinating natural beauty and attracts thousands of tourists each year. From 5:30 a.m. until 10:00 p.m every day. There is no entry fee here for admission.

The Assam State Museum is one of the best places to visit in Guwahati because of its central location, which makes it easily accessible to tourists. A large number of tourists visit it every day. History aficionados flock to this location. The Assam State Museum first opened its doors in 1940. This museum houses a variety of antiquities, handicrafts, and handicrafts.

The Museum houses an extensive collection of antiques and sculptures dating from the 5th to the 12th centuries, as well as World War II arms and ammunition. The Assam State Museum is open from 10:00 a.m. to 5:00 p.m., except on the 2nd and 4th Mondays. It costs only Rs 5 each person to enter the Museum.

To know more about Assam State Museum refer to the link below :

Umananda Island, the world’s smallest beach, is located on the Brahmaputra River, which runs through Guwahati. The British have given it the name of the moniker Peacock Island. It is said that Kamadeva was burned to ashes here when interfering with Lord Shankar’s penance. Umanand Island is a tranquil island whose natural beauty draws thousands of visitors every day. Umanand Island is one of the best places to visit in Guwahati.

The Umananda Devi Temple, which is dedicated to Lord Shiva and sees a considerable influx of devotees during religious festivals, is the island’s main attraction. This temple, which was built by an Ahom King of Assam in the 16th century, is a unique and important religious site. Even though a severe earthquake devastated the temple complex in the 18th century, it was partially repaired thereafter with the help of Merchants.

Kaziranga National Park, located in Guwahati, is a stunningly gorgeous park. A huge number of one-horned rhinos live in the park. You will also encounter Asian elephants, leopards, and Royal Bengal tigers, among other animals. This park is so amazing with its natural beauty and fauna that you will want to stay there forever. It is one of the best places to visit in Guwahati for Nature lovers. This park also gives you the opportunity to witness a variety of animal species. Kaziranga National Park was designated as a UNESCO World Heritage Site.

ISKCON Temple is one of Guwahati’s most beautiful tourist attractions, built in 1966 by the ISKCON International Society for Krishna Consciousness. This temple is unique in that its core belief is based on the Shri Mad Bhagwat Geeta. The ISKCON temple is surrounded by lush green trees, which contributes to its beauty. It is one of the best places to visit in Guwahati for Krishna Worshippers.

The gorgeously attired idols of Lord Krishna and Goddess Rukmini may be found inside the shrine. The daily rituals at ISKCON temple include aarti, chanting, bhajans, and Bhagavad Gita discourses, and devotees of all castes and religions are welcome to participate in all temple activities.

Guwahati’s Navagraha Temple is located on the south-east Chitrachal hill. It’s a stunning Hindu temple dedicated to the nine planets. It was built in the late eighteenth century by Raja Rajeshwar Singh. This Navagraha temple is recognised for its ability to withstand large earthquakes. It is one of Guwahati’s most attractive and popular tourist sites, attracting thousands of visitors each day merely to see it. It is one of the best places to visit in Guwahati.

The inner quarter of the temple, known as the garbhagriha, was saved from the earthquake, while the upper portion was restored with corrugated iron sheets. Also nearby is the Silpukhuri Tank, which was excavated by Rajesvara Singha. At the same time, the temple serves as an astrology and astronomy study research center.

Nehru Park is located in the middle of the city of Guwahati. It was built in the year 2000 and continues to captivate the hearts of visitors today. Pandit Jawaharlal Nehru, India’s first Prime Minister, was honoured with this park’s name. There is also an open-air theatre in the park where local artists can perform their art and showcase their talents. Children enjoy this park since it has a variety of hammocks in which they can play happily. It is one of the best places to visit in Guwahati for families.

The concrete sculptures depicting diverse dances such as Ojapali, Devdhani, Bihu, and Bor Taal are the park’s main attraction.