Home » The 15 Best Universities of India

The 15 Best Universities of India 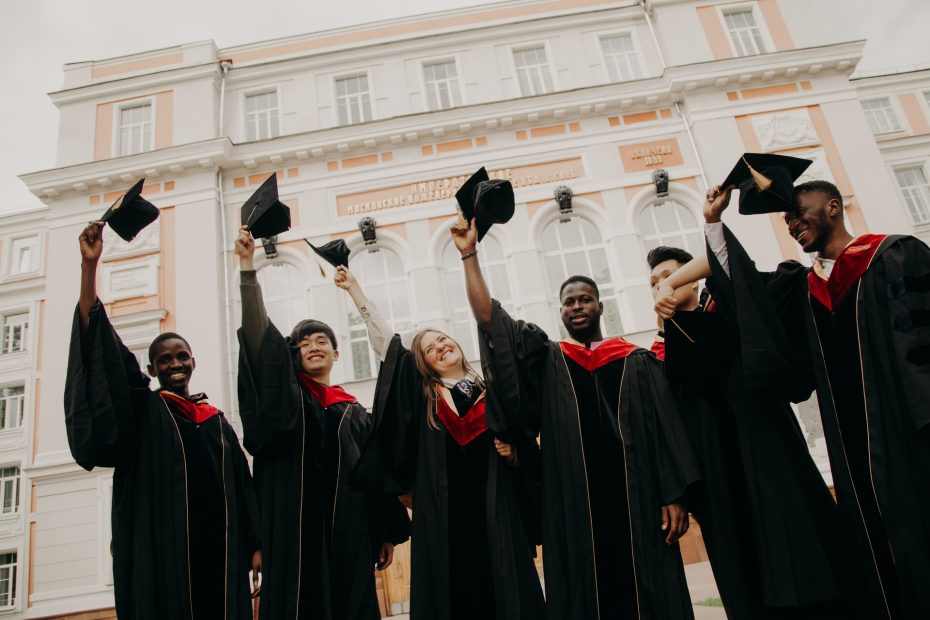 Hey guys, Welcome to FactsMinister. Today, we will talk about the top fifteen best universities of India.

The Indian Institute of Technology Bombay

Founded in 1958, IIT Bombay is consistently ranked as one of India’s best engineering universities and ranks top in the list of best universities of India. It has over 9,000 students and offers courses in computer science, aerospace engineering, chemical engineering, and civil engineering. The university operates on a trimester system so expect longer academic breaks than you might see at Western schools. You can pursue both undergraduate and graduate degrees here. Students also have internship opportunities at large companies like Siemens, Boeing, and Intel. In NIRF, ranking 2021 is ranked 3 rd in the engineering category.

To know more about IIT Bombay, refer to the link below :

The Indian Institute of Technology Madras

Indian Institute of Technology Madras, or IIT Madras for short, is one of fifteen autonomous public institutes of higher education in India and one of the best universities in India. The institute began its operations in 1959 and has become a globally renowned center for both research and education. To be accepted into an undergraduate program at IIT Madras, students must take a national-level entrance exam held annually. The entrance test features questions based on physics, chemistry, mathematics, biology, and other logical reasoning and critical thinking skills. If you pass your test, you’ll be notified if you qualify for a spot at IIT Madras; however, there are usually more qualified applicants than available spots due to popularity among top students around India.

The Indian Institute of Technology Delhi

Located in Delhi, The Indian Institute of Technology is one of India’s premier technological institutions. Established by an act of Parliament in 1961, it was created focusing on engineering and applied sciences. Students can enroll for bachelor’s, master’s, and doctoral degrees in science or technology programs at IIT Delhi. To graduate from IIT Delhi, you must complete five years of study and pass a series of examinations. In addition to academic research at IIT Delhi, students participate in several co-curricular activities, including technical symposiums and sports competitions such as cricket, basketball, and badminton. IIT Delhi confers more than 170 undergraduate and 130 postgraduate degrees each year. It is regarded as the best university in India.

The Jawaharlal Nehru University (JNU) is a public university in New Delhi, established on September 12, 1969. It is named after Jawaharlal Nehru, who served as an Indian Prime Minister during 1947-1964. The JNU is considered one of India’s most prestigious and best universities, and it has been listed among top-ranked universities by Times Higher Education World University Rankings. It has also been listed among the top 20 young (founded less than 50 years ago) university list by Quacquarelli Symonds QS World University Rankings. The university imparts education at all levels from B.A. to Ph.D., and around 10 thousand students are currently enrolled here for higher studies.

To know more about the admission process of JNU, refer to the link below :

Established in 1956, the All India Institute of Medical Sciences (AIIMS) is a medical institute that offers undergraduate and postgraduate degrees. The institute also has research centers working on several issues related to health care. AIIMS Delhi has been ranked as the best university in India, especially for medical science. Most of these ranking institutes and surveys conducted in recent years. Other Institutes under AIIMS are- Safdarjung Hospital, Central Drug Research Institute, etc.

To know more about medical education in AIIMS, refer to the link below :

The Birla Institute of Technology (BIT) is an institute that ranks as one of the top 10 private best universities of India and among other engineering colleges in India. The BIT offers undergraduate, postgraduate, and doctorate programs with a technical emphasis on Computer Science, Mechanical Engineering, Electronics, and Communication Engineering, Electrical and Electronics Engineering, Chemical Engineering, and Biotechnology. All students must take core courses covering English, Humanities & Social Sciences, which provide general background education. In addition to these core courses, each student has several technical electives from which he can choose two or three for specialization during his graduation.

The Indian Institute of Science (IISc) Bangalore, formerly known as the University College of Science, is one of India’s most prestigious and best universities. It was founded on July 29, 1909, and is often one of India’s first engineering colleges. IISc Bangalore is also a big name when it comes to scientific research—the university ranks fourth worldwide among universities that publish top-tier research. According to Times Higher Education rankings (2017), IISc Bangalore has climbed two spots from 2016 to be named among Asia’s leading institutions for both teaching and research. In 2017, it ranked 5th overall. Currently, it is the number 1 university in India.

To know the courses and education offered in IIsc, refer to the link below :

The first IIM, the Indian Institute of Management Calcutta (IIMC), was set up in 1961. It is considered one of the best universities of India for business schools by domestic students and international applicants. Its campus is spread over 52 acres and has state-of-the-art facilities for its students. The institute imparts education to its students through three professional postgraduate programs viz Post Graduate Programme (PGP), Post Graduate Programme – Human Resource Management (PGP – HRM), and Integrated Programme on Management Studies (IPMS). About 500 plus students have been placed with reputed corporates, including Accenture, Amazon, Arcelor Mittal, AT Kearney, Bank Of America Merrill Lynch, etc.

IIM Bangalore is a public business school located in Bangalore, Karnataka. The institute was founded in 1973. It’s currently one of India’s most prestigious and best universities for business schools to attend. Its placement record speaks for itself; MBA graduates from IIM Bangalore land top jobs with some of India’s leading companies every year. Its proximity to prominent industries (Bangalore is also home to I.T. giants such as Infosys and Wipro) makes it ideal for students to gain an inside look at how these firms work (and recruit).

Founded as Government Law College, Bangalore, the National Law School of India University (NLSIU) was established in Bangalore in 1988 to provide legal education to students from all over India. The first batch had only 18 students, and today it has a student strength of 600. National Law School offers five-year integrated B.A. + LLB degree programs besides two-year full-time and three-year part-time LLB degree programs and specialized LLB degrees such as International law, Human rights law, Technology law, etc. The majority of faculty at NLSIU are scholars and academicians who have received acclaim for their research papers and publications within and outside the country. This university is also called Harvard of the east and ranks top in best universities of India for Law degrees.

To know more about the legal education offered in NLSIU, refer to the link below :

National Law University, Delhi (NLUD), one of the best universities in India for legal education, it’s also among some of South Asia’s best universities. The university has numerous strengths and is currently ranked as one of India’s premier national institutions—but there are several reasons why NLUD is an academic standout. Even though NULC was recently established—it first opened its doors to students in 2013—the university has already distinguished itself for several reasons: It offers outstanding faculty (many have won awards for teaching excellence), an undergraduate curriculum that contains courses within its seven schools and programs, and exceptional research opportunities.

Anna University ranks among the best universities of India and is located in Chennai, Tamil Nadu. The university was established on September 4, 1978, as part of the Anna Centenary celebrations. Dr. A. P. J. Abdul Kalam formally inaugurated it, then Minister of Defence and Space Technology, Government of India; it was named after C. N. Annadurai, former Chief Minister and founder leader of Dravida Munnetra Kazhagam (DMK). In 1985, it began offering postgraduate courses and opened enrollment for research students. It has been ranked 601-650 in Asia by Q.S. World University Rankings 2018

Established in 1899, Hindu College is among the best universities in India. In its more than 150 years of history, Hindu College has produced some of India’s most prominent politicians and leaders. While Hindu College offers degrees in several disciplines, including Commerce, Law, and Humanities, it is best known for its Economics and Business Administration programs. The Department of Economics was ranked third by Outlook Business Magazine, while it ranked first among Business Schools nationwide according to Careers 360. Additionally, rankings published by UGC have also placed Hindu College at a comfortable number three position along with St Stephens as far as Indian universities are concerned.

Established in 1956, Lady Shri Ram College for Women is a co-educational institution affiliated with Delhi University. The college is recognized by UGC and accredited with an ‘A’ grade by NAAC. LSR offers several undergraduate, postgraduate and doctoral programs apart from certificate courses in several disciplines. These include humanities, commerce, arts, science, computer applications, and law. The college also has a sprawling 12-acre campus with six hostels for male students studying at affiliated institutions nearby. Library facilities are available within the campus and online access through the EBSCO Host database, which is subscribed to by every library on campus, including its affiliated colleges. The cut-off marks of this college are very high and among the best universities of India for arts and commerce.

The Banaras Hindu University (BHU) is a central public university located in Varanasi, Uttar Pradesh. Established by Madan Mohan Malaviya on September 23, 1916, as a residential university, Currently, it is the most demanding and ranks itself in the best universities of India. BHU offers wide-ranging courses, including studies in medicine and engineering. It also has facilities for research and social outreach. The university manages a network of affiliated colleges spread across five districts: Varanasi, Chandauli, Mirzapur, Barabanki, and Hardoi. In 2017 it was ranked 3rd overall by National Institutional Ranking Framework (NIRF) rankings behind the Indian Institute of Science and JNU.In Nerf 2021 ranking, this institute ranked 3 rd in the university category and ten thin higher education category.

1 thought on “The 15 Best Universities of India”