Home » The 5 Best Places to visit in Gandhinagar, Gujarat

The 5 Best Places to visit in Gandhinagar, Gujarat 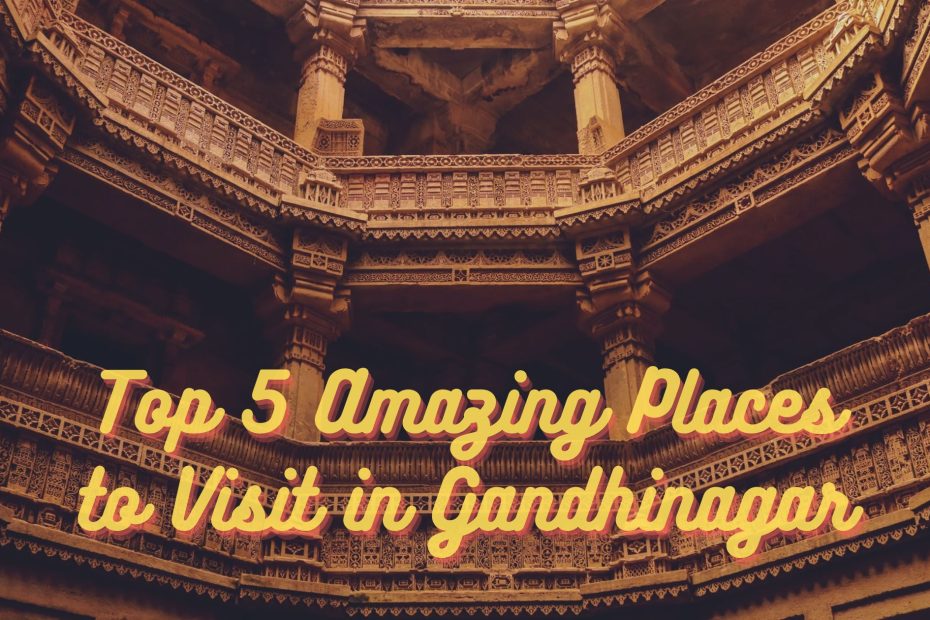 Hey Guys Welcome to FactsMinister. Today we will show you the top 5 places to visit in Gandhinagar.

Gandhinagar, Gujarat’s picturesque city is located on the west bank of the Sabarmati River and has numerous beautiful tourist attractions. The city of Gandhinagar attracts a large number of visitors, both domestic and international. With a rich historical background, this location has a quite distinct and beautiful culture . It is not only Gujarat’s capital, but also a major tourism destination in both Gujarat and India.

1.Akshardham Temple – The Heaven on Earth

Akshardham Temple is one of the best places to visit in Gandhinagar. The temple is a completely religious site that attracts thousands of tourists every year. The Akshardham Temple, which was completed in 1992 is devoted to Lord Swaminarayan and many other Hindu Gods and saints. The temple is noted for housing 200 sculptures of Hindu gods and goddesses, making the temple’s gorgeous traditional building one of the most well-known examples of magnificent craftsmanship. The temple is noted for its beauty from the intricately carved pillars to the Vedic writings on the walls.

2. Adalaj Stepwell – The Stairs to magnificent architecture of Solanki Dynasty

The Adalaj Stepwell is a spectacular architecture that was designed to alleviate the water shortage in Adalaj Village and the surrounding area. It is one of the best places to visit in Gandhinagar. The stepwell is located 3 to 4 kilometres south-west of Gandhinagar, Gujarat’s capital. The Adalaj Stepwell was constructed in 1948. The stepwell is thought to have been started by a Vaghela king named Rana Veer Singh for the benefit of his subjects. Tourists can descend down the stairs of the Adalaj Stepwell, which has an exquisite Solanki style of architecture.

Dandi Kutir Museum is totally dedicated to Mahatma Gandhi’s struggle in the Indian independence movement. It is historically significant and one of the best places to visit in Gandhinagar. The museum chronicles Gandhi’s contribution in the Civil Disobedience Movement, as its name suggests. The Dandi March was a watershed moment in colonial India’s history and the museum depicts the entire event in great detail. Not only that, the museum also houses many of Gandhiji’s paintings, writings, and relics that he used during our freedom struggle.

To know more about Dandi Kutir Museum refer to the link below :

The Botanical Garden is one of Gandhinagar’s most popular tourist attractions. It attracts a huge number of locals and visitors each year. This garden is well-known for its collection of endangered plant species from various parts of the country. On the one side, you’ll see gardens here, and on the other, you’ll notice various medicinal plants exhibition. Aside from these, this garden is home to a variety of other insect species, as well as butterflies. It is one of must visit tourist places  in Gandhinagar

5. Trimandir – The Temple of three Cultures

Trimandir temple is beautiful, distinctive, and one of the best tourist locations in Gandhinagar. This temple is called Trimandir because of the specific influence of Jainism, Vaishnavism, and Shaivism. The temple is divided into divisions each containing Mahavira, Shiva, and Vishnu idols as well as numerous idols of incarnations.

A lovely garden, traditional wooden chairs, and a stunning large fountain encircle the entire shrine. An informational museum and a mini-theatre are also part of the temple complex, where you may learn about the history of Jainism, Vaishnavism and Shaivism.