Home » The Debacle of Indian Cricket—Analysis of South Africa Tour

The Debacle of Indian Cricket—Analysis of South Africa Tour 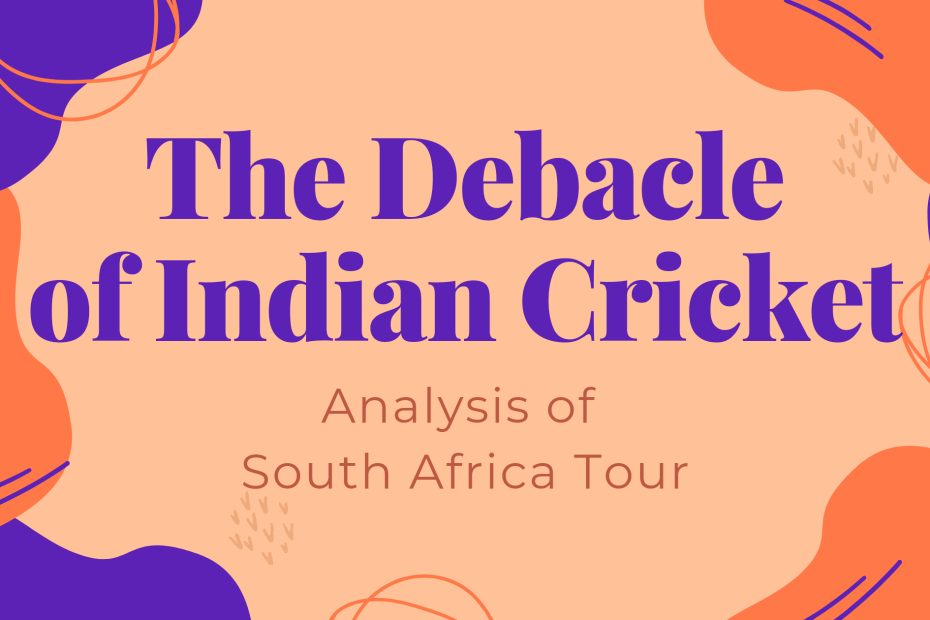 Hey guys, Welcome to FactsMinister. Today we are going to talk about the current situation of the Indian cricket team. And the lessons to be learnt from South Africa’s Tour.

The hopes of the Indian cricket fans shattered after a nail-biting loss on Sunday. South African team won the 3rd ODI by four runs whitewashing the Indian squad. So in this article, we will analyze Where did the Indian Team go wrong?

Poor Captaincy is one of the primary reasons attributed to the loss to the Indian team in this ODI series. Kl Rahul didn’t possess the skill required to counter the batsman, especially in the first series the South African Batsman made a 200 run partnership after a poor start. Similarly, in the second series, there was more than 100 run partnership due to poor Captaincy while South Africa was defending the 288 total.

Sunil Gavaskar and other cricket experts also raised concerns about his skills. Gavaskar thought, “ During that partnership, it did look as if he had run out of ideas. KL Rahul didn’t know where to go. When you have your two-most experienced death-overs bowlers in Bumrah and Bhuvneshwar, you have to keep them for the last 5-6 overs.”

The collapse of Middle Order

The failed middle order was hurting India in Test cricket and continued in Odi’s. Virat Kohli scored a good knock in 1 st innings but went for a duck in the second one. The inconsistency of Kohli is a significant concern for India these days; it’s been two years since he scored a century. Rishabh Pant, who played a stunning knock in the second innings, went for a duck in the third innings after going to six for the first ball he faced. Pant’s issue is that even though he is a star player and a power hitter for the Indian team, he fails to capitalize on runs in crucial situations. Shreyas Iyer and Venkatesh Iyer were the major upset in the series. Some experts even questioned their place in the team.

Lessons to be Learnt from the Loss

This Indian tour of South Africa has been a nightmare for the Indian team, but there is nothing to panic about now as we still have the time to prepare for 50 over the World cup. Rohit Sharma should lead the team with a strong Middle-order in the place. Rishabh Pant should learn the importance of his role, and players like Shreyas Iyer and Venkatesh need to practice even more as they are the youngsters who will be leading our team in the future.