The Island of Dolls – The Haunted “ Isla de las Munecas” 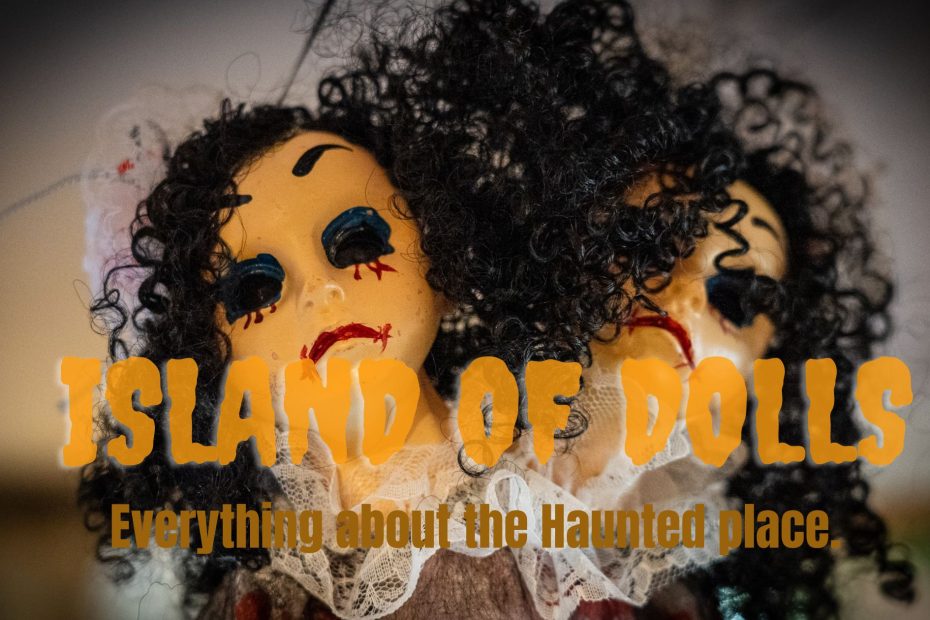 Mexico City is one of the world’s most populous cities. The island of Isla de las Munecas, which is claimed to be the place where horrifying dolls suddenly arise hanging from the trees which is both surprising and terrifying. It is one of the most haunted places in the world. It is reported that a girl was found drowned under odd circumstances on this island many years ago and the ghost of that girl remains in that doll. Locals claim that the dolls’ heads and hands move here.

The Island of Dolls Story

The island is consecrated to a poor girl’s lost soul. Despite the fact that thousands of people reside in the neighbourhood, this island is thought to be home to thousands of dolls. The trees are adorned with doll’s dismembered limbs, emaciated heads, and hollow eyes. Seeing these dolls during the day gives the impression that they are threatening someone, but in the dark of night, they appear to be greatly agitated. A girl is said to have passed away on this island years ago, she drowned in the nearby river and her last words were regarding dolls so her soul now haunts these toys.

Several witnesses who live nearby this island claim that these dolls converse in hushed tones. Locals claim that the dolls tempt them to settle there. Of course, many who claim this about this place may be exaggerating, but it is true that it is a frightening place that draws visitors.

Dolls structure in Island of Dolls

There are a lot of scary dolls around here, some with their heads turned backwards and others with just their heads hanging. Some of the dolls have been burned, shattered, or are filthy. This location has an unusual odour of manure. People claim to see dolls with blue eyes, sometimes with brown eyes and even some dolls without eyes.

Don Julián Santana Barrera used to possess the Island of the Dolls, which is full with dolls hanging from trees and houses coated in cobwebs and insects. When dolls began to arrive on the island at random trees in the 1950s, the Isla de las Munecas was given its name as the haunted island of dolls. When Mexican filmmaker Emilio Fernández filmed Mara Candelaria there in 1943, the location gained attention. Articles on the island have been on a number of foreign and local channels attracting tourists to this place.

Journey to the island of dolls

It takes an hour and a half to go to the island of the dolls from a place in Mexico called Embarcadero Cuemanco. The only way to go to this island is through boats. The main problem is many rowers are not ready to go to this place as it is considered as a curse here. The places that be seen here are :

Is the Island of dolls safe ?

Yes , it’s perfectly fine to visit the island. Some visitors leave offerings around the dolls in exchange for miracles and blessings, while others exchange their clothes and worship the dolls. This place gained major tourists after reports from various newspapers and TV shows claiming the rise of dolls.

How many dolls are on the Island of Dolls ?

The Island of Dolls, also known as the ‘Isla de las Munecas’ in Spanish, is home to nearly 1,500 dolls as of 2013. Currently there can even be more dolls considering the locals claim. So we can’t conclusively say how many dolls are present in the island of dolls as the dolls keep popping out of nowhere on this haunted island.

Who put the dolls on the island of dolls?

As per reports from the New York Times, Don Julián Santana Barrera [community head of the Island ] “ Barrera gathered almost 1,000 dolls, some of which he found in the trash in the area’s main city and others which he received as gifts from neighbours and guests and them hung them on the tree in order to denote the spirit of the drowned girl. This act continued till next few years with umpteen numbers of dolls being seen on the trees.

To know more about the reality of these dolls refer to the link below :

Washington Post on the story of Island of Dolls

According to a report in the Washington Post, the island’s caretaker, Don Julian Santana Barrera, witnessed a young child drowning. She then attempted to save her, but she was unsuccessful. After a while, she noticed a doll floating near the canals. The most bizarre aspect was that the doll belonged to the same girl who had drowned. Julian then took the doll and went to the tree to pay respect to the little girl’s soul and to express her support for her feelings. So it is believed that from that moment the dolls keep appearing on the trees.

To know more about Washington post regarding Island of Dolls refer to the link below :