Home » The Top 5 Most Amazing Places to visit in Gwalior

The Top 5 Most Amazing Places to visit in Gwalior 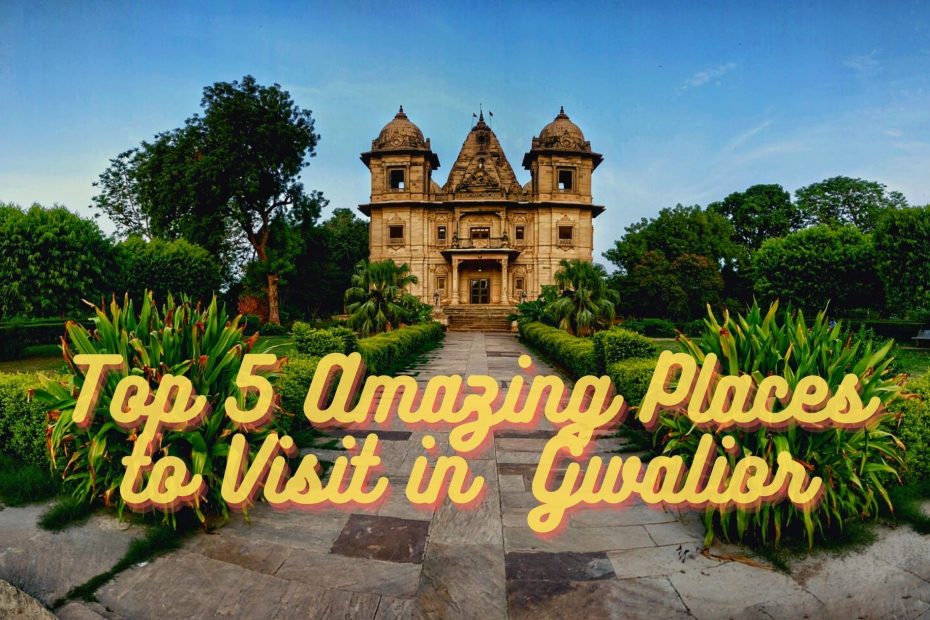 Hey Guys Welcome to FactsMinister. Today we will share with you the top 5 best places to visit in Gwalior.

Gwalior is one of India’s most culturally diverse cities. The magnificent structures, palaces, and temples of this historical city are admired all over the world. Mosques and rock temples in this area have outstanding architectural craftsmanship. Gwalior’s attractions are not confined to palaces; its hills and lush flora entice visitors. Here are top 5 best places to visit in Gwalior.

The Gwalior Fort, dubbed the “pearl among forts in India” by Mughal emperor Babur, is one of the most formidable forts in India and a must-see destination. It is one of the best places to visit in Gwalior. This enormous monument, perched atop a massive rocky mountain near Gwalior in Madhya Pradesh, is the pride of the whole Gwalior city. The Gwalior Fort, which spans a 3 km area, can be viewed from every nook and corner of Gwalior. The city’s identity and design suggest that the fort was built in the sixth century.

To know more about Gwalior Fort refer to the link below :

Tomar ruler Man Singh Tomar built Man Mandir Palace between 1486 and 1516. The palace did not survive the progression, but the ruins still include stunning sculptures and decorations from the mediaeval period. In the Rajputana style of construction, you may observe beautifully carved stone walls and carefully laid tiles. It is one of the best places to visit in Gwalior.

The Jauhar Talab in the palace is notorious for being the site of Rajput ladies committing suicide to save their honour. It was the same location where Aurangzeb had kidnapped his brother Murad and slowly poisoned him with opium. Other monuments such as Jahangir Mahal, Shah Jahan Mahal, and Gujari Mahal surround the palace.

3. Scindia Museum – The royal residence of the Scindia family

This location, which is now a museum, was once the Scindia family’s royal residence. The museum is housed in around 35 rooms of Jai Vila Palace, which was built in 1964. The museum’s collection of manuscripts, sculptures, coins, paintings, and weapons is well-known. The museum is an excellent venue to learn about Gwalior’s history, particularly that of the Scindia dynasty. It is one of the best places to visit in Gwalior. The museum also houses the world’s largest chandelier, which will keep your gaze fixed on it.

To know more about Scindia Museum refer to the link below :

You must visit Jai Vilas Palace if you want to witness weapons from the time of Shah Jahan and Aurangzeb until the freedom movement during the reign of Rani Lakshmi Bai. Jayaji Rao Scindia, the Maharaja of Gwalior, constructed this well-preserved royal structure. It is one of the best places to visit in Gwalior. The 75-acre castle depicts royal architecture and serves as a luxury dwelling for Jayaji Rao Scindia’s descendants as well as a large 35-room museum.

The Italianate structure Jai Vilas mixes Tuscan and Corinthian architectural styles. The majestic Darbar Hall includes two central chandeliers that weigh several tonnes and the interesting fact is that they were only hung after ten elephants had tested the roof’s strength.

5. Tomb Of Tansen –  The Musician Tomb

Tansen was one of India’s finest musicians and a well-known vocalist at Akbar’s court in mediaeval times. He was also one of the Mughal court’s nine gems. Tansen is said to have enchanted animals and created magic with his music, as evidenced by the fact that it started raining as he played it. It is one of the best places to visit in Gwalior. Mohammad Ghaus, who taught him Hindustani classical music, was his teacher.

Tansen and his instructor Ghaus Muhammad were buried on the site, and the complex is now known as the Tansen Memorial, where national level music festivals are held in November and December. This is the place where renowned artists from across the country perform a variety of classical programmes.

To know more about Tomb of Tansen refer to the link below :