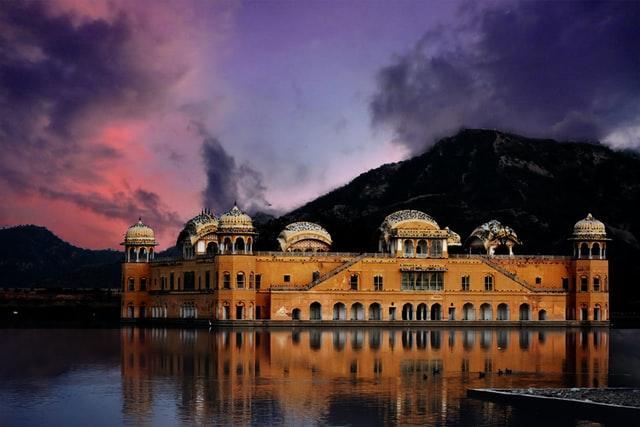 Hey guys, Welcome to FactsMinister. Today, we are going to be sharing some of the Amazing Facts About Jaipur. Jaipur is the capital city of Rajasthan. It is also the largest city of the state of Rajasthan. The city has many interesting facts hidden in it and we are going to take a look at five of them in detail.

Back in 1876, the prince of Wales, Albert Edward, decided to visit the city. So, Sawai Ram Singh (the ruler of the city) decided to welcome him in a fascinating manner. He ordered the construction of the Prince Albert Hall Museum. And to further impress the Prince, he decided to repaint the entire city. And he chose the famous Pink for the purpose. That is why the city is still considered the Pink City. Moreover, it is also included in the World Heritage sites list of UNESCO as the “Pink City of India”.

The city of Jaipur was founded by the King of Amer in 1727. Maharaja Sawai Jai Singh II consulted various architects and did his own research while planning the layout for the city. Then, under the guidance of Vidyadhar Bhattacharya, the city was eventually planned on the principles of Vastu Shastra & Shilpa Shastra. And that’s why Jaipur is the first Planned City in India. And this is one of the most Amazing Facts About Jaipur as many people still consider Chandigarh as the first planned city.

Jaipur’s Gates Works as Protectors of the city

The city of Jaipur consists of 9 square shaped districts. And these districts are surrounded by 7 to 9 Gates all around the city. There is a belief among the citizens of Jaipur that these gates provide safety to the city not only from the invaders but also from natural calamities. The reason behind this is the position of three Hindu temples on the west, south and north corners of the city.

Jaipur is also a major tourist destination in India. The city forms a part of the Golden Triangle tourist circuit. It also serves as a gateway to other beautiful Tourist Destinations in Rajasthan including Udaipur, Jodhpur and a couple more. The city also continues to be ranked one of the best among travellers in India as well as the continent of Asia. And the Presidential Suite of the Raj Palace Hotel is ranked among the most expensive suites in the entire world.

Amer Fort and Jantar Mantar are also included in the World Heritage Sites by UNESCO. Other visitor attractions include Hawa Mahal, Jal Mahal, City Palace, Birla Mandir and many more.

“Jaipur Foot” was established in Jaipur

Another one of the Amazing Facts About Jaipur is the establishment of “Jaipur Foot“. Jaipur Foot is a non-profit organisation that helps physically challenged people that are short on financial resources as well. The organisation developed a rubber-based prosthetic leg for people with below knee amputations. The company now has 23 branches across the country. And a few centres in Pakistan, Philippines and Columbia as well.