Top 5 Most Amazing Facts About Brazil. 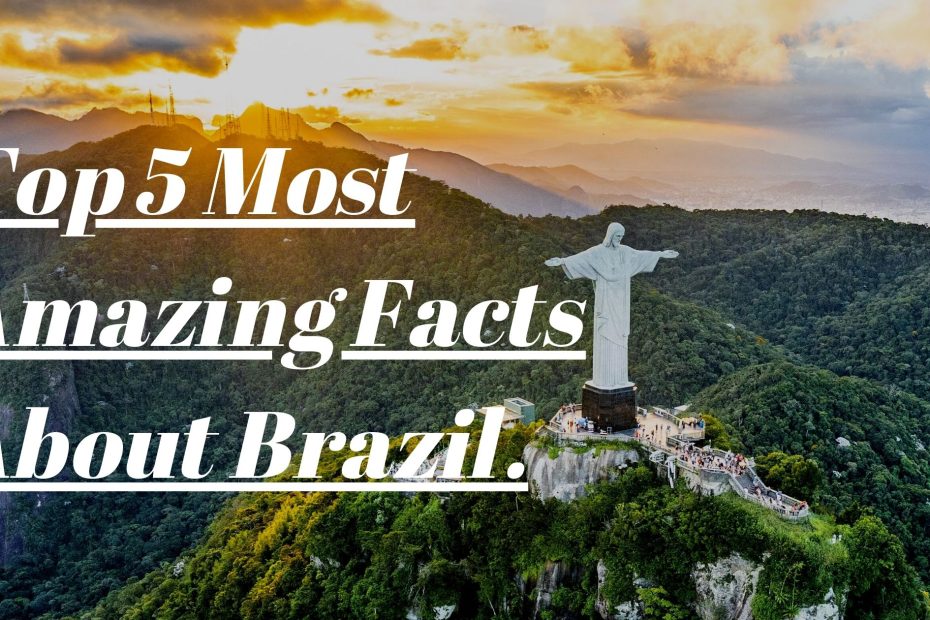 Hey Guys Welcome to FactsMinister. Today we will show you the top five amazing facts about Brazil.

Brazil is the world’s fifth-largest country by population, size, and area. It has a population of 210 million people. Brazil’s official language is Portuguese. It is the most populous Portuguese-speaking country in the world. Brazil is a predominantly Christian country. Due to its unique environmental legacy, Brazil is one of the seventeen megadiverse countries. Here are some of the five amazing facts about Brazil.

1.Portuguese History of Brazil and Home for Roman Catholics

The Portuguese Navigator “Pedro Alvares Cabral” was the first to find Brazil in 1500. At one time Brazil was a Portuguese colony. After 300 years, Brazil got independence in 1822, so most of the people of Brazil speak Portuguese. One of the amazing facts about Brazil is that the Roman Catholic faith is followed by 64 percent of Brazil’s population. In Brazil, there are approximately 130 million Roman Catholics. After America, it has the world’s second-largest Christian population.

To know more about Mega diverse countries refer to the link below :

One of the amazing facts about Brazil is related to its coffee production. There are several countries that produce coffee, but none can match the vast quantity produced by Brazilian coffee plantations. Brazil is the greatest instant coffee exporter in the world, accounting for 10–20 percent of overall coffee exports. Both types of coffee [Instant and ground/roasted coffee] are primarily exported to the United States, which is the world’s largest consumer of coffee.

3.Brazil is also known as second home for Japan

One of the amazing facts about Brazil is its Japanese population. There are around 1,6 million Japanese descendants in Brazil. The majority arrived between 1926 and 1941, however the first Japanese immigrants arrived in 1907, following the signing of a pact between the Japanese and Brazilian governments.So we can call Brazil a second home for Japan.

The airport in Rio de Janeiro, Brazil, is the country’s busiest. It has a passenger population of around 17 million people and 140,000 flights per year. Brasilia International Airport is one of Brazil’s most important international airports. It is situated in the Brazilian federal district of Lago Sul. It is one of the country’s domestic hubs for flights.

5. Football is “heart and soul” for Brazilians

One of the amazing facts about Brazil and its people is their interest in football. You can find people here playing and talking about football all day. Football is Brazil’s most popular sport and an important component of the country’s culture. The national football team of Brazil has won the FIFA World Cup five times.

To know more about football culture of Brazil refer to the link below :