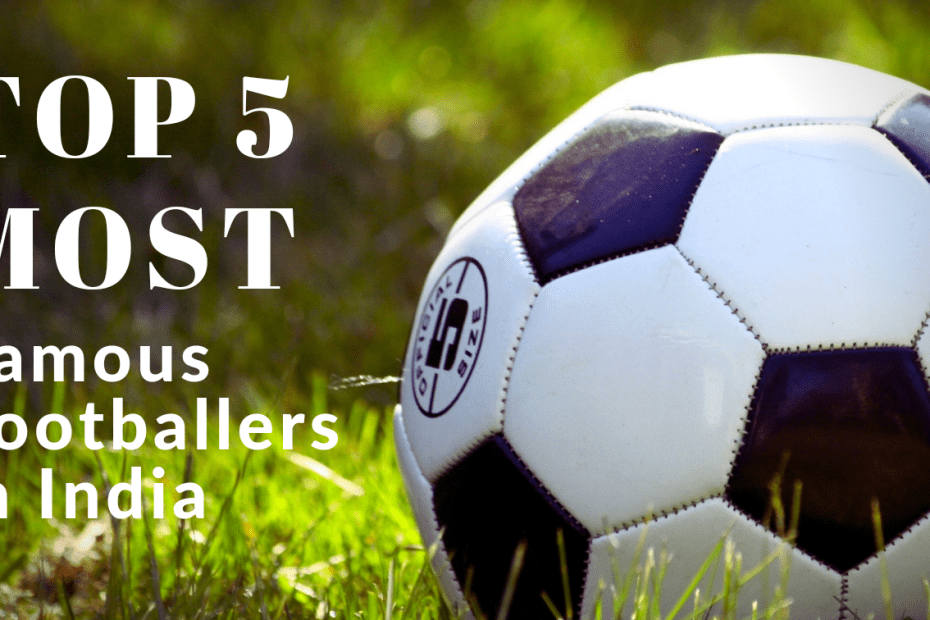 Hey guys, Welcome to FactsMinister. Today, we will talk about the top five famous football players in India.

Sports are an essential part of any nation’s culture, and football isn’t different. India has emerged as one of the most promising countries in football, with many talented players showcasing their skills on the international stage. With that in mind, here are five of the most famous football players in India!

Sunil Chhetri, the legend born in August 3, 1984, is an Indian expert footballer who plays as a forward and commandes Bengaluru FC and the captain of National Football team of India . He is primarily regarded as one of India’s best and famous football players in India. He is also one of the world’s most active footballers. Chhetri, along with Lionel Messi, is the second-highest active international goalscorer, trailing only Cristiano Ronaldo, and is the fifth-highest of all time as of October 16, 2021. He is India’s all-time leading goalscorer and most-capped player. He has 80 international goals as of the current date [January 16, 2022]

Gurpreet Singh Sandhu is an Indian goalkeeper who represents the Indian national team and the Indian Super League club Bengaluru. On September 3, 2016, Sandhu was selected captain of the India national team for the first time in a friendly match against Puerto Rico. He is the first Indian to play a competitive game for a top-division European club’s first team and a fifth Indian to play professionally in Europe. His skills made him one of the famous football players in India.

Jeje Lalpekhlua Fanai is primarily considered one of the greatest and famous football players in India. He is an Indian striker in professional football. He is the second-highest goalscorer in Indian Super League history and the club’s all-time leading scorer. Jeje won the 2014–15 I-League and the 2015 Indian Super League with Chennaiyin and was named the 2015–16 FPAI Indian Player and the AIFF Men’s Player of the Year.

Anwar Ali, a Punjab native, spent his early years at the Minerva Punjab academy and was a member of India’s U17 squad at the 2017 FIFA U-17 World Cup. He was signed by Mumbai City FC after playing for Indian Arrows in the Hero I-League 2017-18 but was promptly sent back on loan to Indian Arrows for another season. He was also a member of the India U-20 team that won the Cortif Cup in 2018 and scored the game’s second goal in a 2-1 victory over Argentina’s U-20 side. Ali, regarded as one of the country’s most potential defensive talents, has recently been a member of India national team head coach Igor Stimac’s squads.