Home » Top Five Places You Must Visit in Jodhpur

Top Five Places You Must Visit in Jodhpur 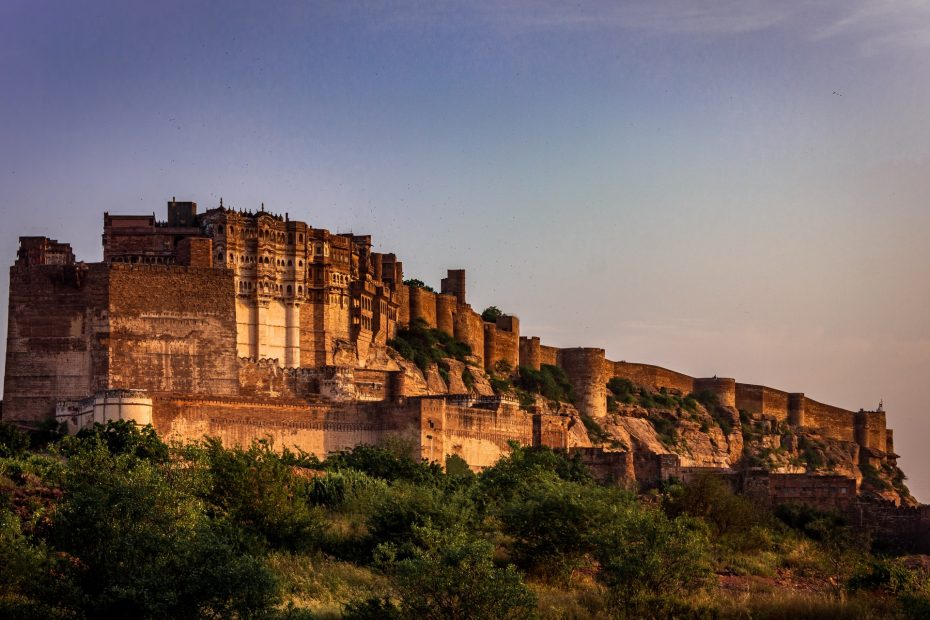 Hey Guys, Welcome to FactsMinister. Today we will show you the top five places to visit in Jodhpur.

Mehrangarh, also known as Mehran Fort, was built in 1459 in Jodhpur by Rao Jodha and is one of the largest forts in the country. It is perched on the ridge of a 410-foot-high hill and is fortified by massive walls. One of Jodhpur’s most recognisable forts, it has appeared in numerous Hollywood and Bollywood productions, including The Lion King, The Dark Knight Rises, and the most recent – Thugs of Hindostan. The fort’s entrance, atop a hill, is majestic, with seven gates.It is one of the best places to visit in Jodhpur.

Toorji Ka Jhalra, also known as the Jodhpur Stepwell, is an intricate design of a stepwell and one of the few remaining structures depicting Jodhpur’s traditional water management systems making it one of the fascinating places to visit in Jodhpur .This architectural marvel was built by Maharaja Abhaya Singh’s queen-consort, a testament to the region’s age-old tradition of royal women overseeing public water works.

Balsamand Lake was constructed in the 12th century. It is only 5 kilometres from Jodhpur and feels like an exciting place to visit in Jodhpur for a peace from the city’s crowds and hustle. The Gurjara-Pratihara rulers built the lake in 1159 AD to protect Jodhpur from droughts. The Maharaja Sur Singh, who built this artificial lake, was awarded the title of Sawai Raja in recognition of his exceptional services.

This temple, which was built in 1812, is supported by 84 pillars that are decorated with frescoes and carvings depicting yogic postures, intricate motifs, and other artwork. The temple has a beautifully designed hall. The best part of this temple is its royal architecture, which draws a large number of tourists as it is one of the devotional places to visit in Jodhpur.

To know more about Mahamandir temple refer to the link below :

Sardar market, Jodhpur’s largest and busiest marketplace, is named after Maharaja Sardar Singh, the king of Jodhpur who was responsible for the construction of the nearby Ghanta Ghar. This is one of the most famous shopping places to visit in Jodhpur, attracting customers from all over the city and the world as well.