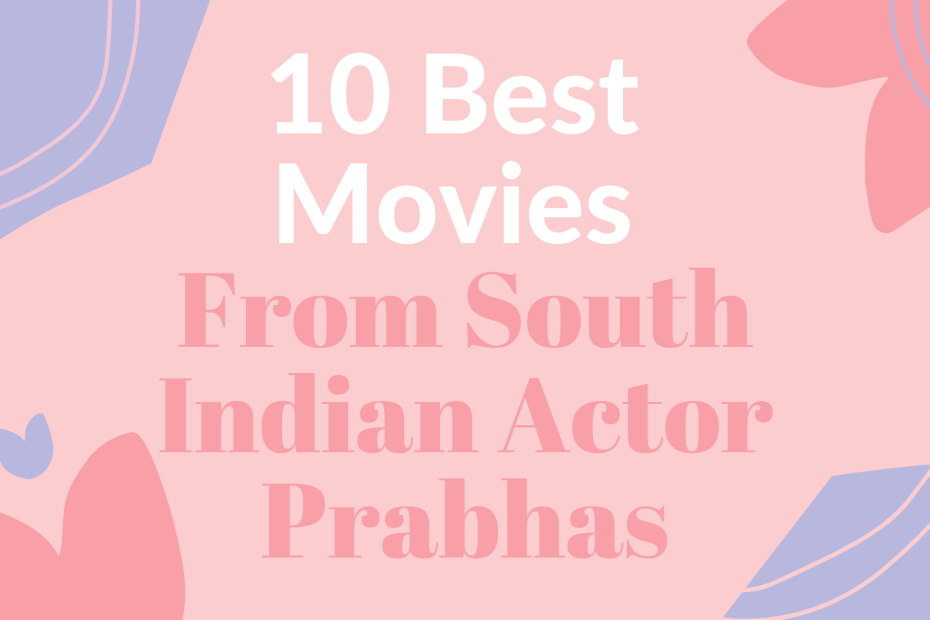 Hey Guys, Welcome to FactsMinister. Today we will show you the top ten best Prabhas movies list. This list is prepared not only on the basis of the revenue earned by the movie but also taking acting, dialogue delivery into consideration.

When you think of movies from India, you probably think of Bollywood. But, there’s more to Indian cinema than Bollywood, and one of the most popular actors in modern Indian cinema doesn’t appear in Hindi films at all. Prabhas, who’s starred in both Telugu and Tamil language films, has starred in some major hits in the past decade or so. Here are the top 10 Prabhas movies list.

2017 marks a landmark moment in Indian cinema. A movie—directed by SS Rajamouli and starring Telugu superstar Prabhas—became India’s highest grossing film of all time. The blockbuster, titled Baahubali 2: The Conclusion,  earned more than 700 crores worldwide since its May 2017 release (it was also dubbed into Hindi, Tamil and Malayalam). The movie is set in medieval India where two brothers battle it out for a kingdom. In addition to being an epic story, Baahubali 2 ‘s direction was on a massive scale with stunning visuals that took more than two years to develop.Currently it is streaming on Hotstar. This movie is not only the best movie of Prabhas but also gave a new direction to Indian cinema.

The first part of a two-part epic film, Baahubali: The Beginning is a historical action drama directed by SS Rajamouli. It follows Amarendra Baahubali (Prabhas), The movie  literally stunned the audience making it one of the best in the best Prabhas movies list. Upon its release in 2015, it became India’s highest-grossing film, earning over 1.65 billion at home and an additional 3616 crores internationally. This movie is one of Indian cinema’s greatest achievements due to its visual effects and storytelling. This movie is on several Best Movies lists by critics.

Prabhas’ character Shivaji is the focus of Chatrapathi’s story. This is definitely one of the most underrated of the best Prabhas movies list. The critics and movie lovers appreciated the movie. It tells the story of Shivaji’s transformation into the messiah of a little hamlet where he grew up after  separating from his mother and siblings at a young age. Bollywood is also trying to remake this movie.

This movie Mr.Perfect revolves around a gaming software expert,.The character of Prabhas is an adamant one who never made a compromise in his life, a concept he has developed this character ever since his childhood days. He believes that in a relationship, one should be oneself and not modify one’s orientation for the sake of the partner. He also encourages his buddies to live their lives according to his principles. Vicky’s values and attitude, however, cause a conflict of interest with his father who repeatedly tells him to change his character for the sake of his and others’ happiness, but to no avail. To know what happens next you have to watch this movie. This movie received appreciation from all including the critics. It is one of Prabhas best movies.

Sujeeth wrote and directed this action thriller combo movie.  Prabhas and Shraddha Kapoor feature in the film, The film’s shooting simultaneously in Telugu, Tamil, and Hindi and marks the former’s Hindi debut and the latter’s first in South Indian cinema.Saaho released in 2019 is one of the best movies of Prabhas. Jackie Shroff, Arun Vijay, and Neil Nitin Mukesh play important parts in the film. The film follows an undercover agent and his accomplice as they hunt down a burglar who has stolen a total of 2,000 crores. They soon discover the connection of the case to the death of a criminal leader and the emergence of a gang war.

Ek Niranjan is one of the best in the best Prabhas movies list. Puri Jagannadh directed this film. The film’s major shooting took place in Hyderabad on a specially created set and in Bangkok, with the songs being shot in Switzerland. Chotu is a bounty hunter who brings criminals to the police in exchange for money, and the film follows him as he reunites with his parents, whom he never got to see because of his abduction. On October 30, 2009 this movie made a grand entry into the theatres.

Bujjigadu: Made in Chennai

Puri Jagannadh is famed as one of the best directors mainly in Telugu Industry. He has a way of presenting his heroes in a completely different light. Despite the fact that Bujjigadu was a disappointment, it allowed Prabhas to discover a new side of himself. Prabhas gets a total makeover in Bujjigadu. This is a pivotal film in Prabhas’ career. His modulation of dialogue is flawless. Prabhas’ comedic side is shown in Bujjigadu.Even though it is one of the best movies of Prabhas it didn’t make the revenue which the team had expected to earn.

Mirchi is one of the best movies of Prabhas in which he plays a glamorous role. With this film, he has made a stylish statement. Prabhas’ formal attire in the film deserves special note, as he is far too dazzling throughout the film. It’s Koratala Siva’s first film. Prabhas’s dialogue modulation and action sequences are outstanding. His chemistry with Anushka and Richa, on the other hand, deserves special note.

Varsham is one of the best movies of Prabhas .It is also ranked in top ten best films which is one of the actor’s biggest hits. In fact, it was one of his earliest box office successes. In the film, Prabhas was cast opposite actress Trisha, while Gopichand also had a significant role. There is dubbing of the movie  in Hindi and remade in Tamil and Oriya, among other languages.

Krishna Vamsi wrote and directed Chakram, a Telugu-language drama film released in 2005. It is currently streaming on MX player. Chakram is one of the best movies of Prabhas. Prabhas plays the title character, with Asin and Charmy Kaur starring as the female roles. Chakri provided the soundtrack, and Ram Prasad handled the cinematography. This movie received two Nandi Awards. The story revolves around Chakram and Lakshmi are two medical students who have fallen in love. When Chakram is suffering from cancer shortly before their wedding, he abandons her and relocates to another location.