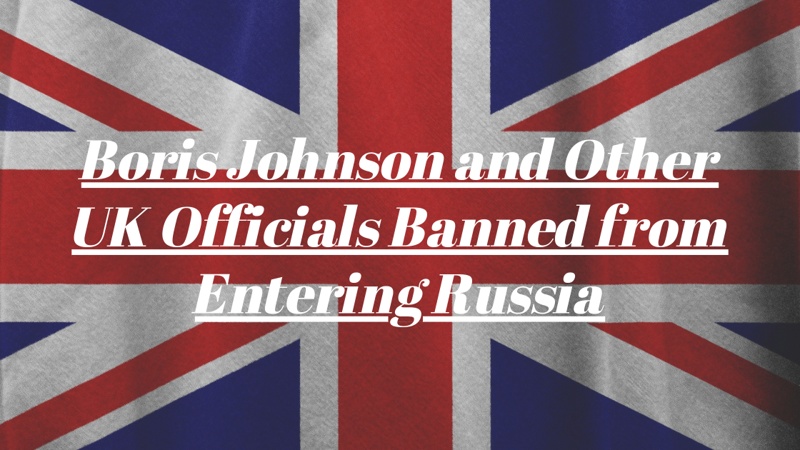 Russia has launched retaliation in response to the sanctions imposed on it. Boris Johnson, the British Prime Minister, and other senior British officials have been barred from entering Russia. This information comes from the Russian Foreign Ministry, according to AFP.

Since the invasion of Ukraine, the United Kingdom has placed a variety of sanctions on Russia. Ukraine is also receiving a number of weapons from the United Kingdom. Apart from that, Prime Minister Johnson recently paid a visit to Kyiv. From the start, Britain has been outspoken in its opposition to Russia. The Russian elite’s possessions have also been seized by the United Kingdom.

On Saturday, April 10th, Boris Johnson arrived in Ukraine to meet with President Volodymyr Zelensky. Johnson expressed his support for Zelensky. His visit was intended to convey a message to Russia that he stands with Ukraine. A video of Johnson’s visit, in which the two leaders were seen roaming the streets of Kyiv, went popular on social media.

Meanwhile, the British Prime Minister’s Office said the two leaders discussed a new package of financial and military help, including long-term support from Britain to Ukraine, at their meeting on Saturday. Johnson’s visit came a day after announcing additional £100 million for Ukraine to purchase high-capacity military equipment.

During this time, Johnson stated that the United Kingdom wishes to assist Ukraine in defending itself against Russian assaults. The two leaders met in Kyiv, according to Andriz Sibiha, deputy head of Ukraine’s presidential office. Earlier, during a joint press conference with German Chancellor Olaf Schalf, Johnson said that the Ukrainian military would get one anti-aircraft missile and 800 anti-tank missiles.

He also promised more helmets, night vision equipment, and other armaments in addition to this. A shipment of two lakh non-lethal military items from the United Kingdom has already arrived in Ukraine. Russia is enraged by Britain’s stance and has vowed to bar Johnson from entering the country.