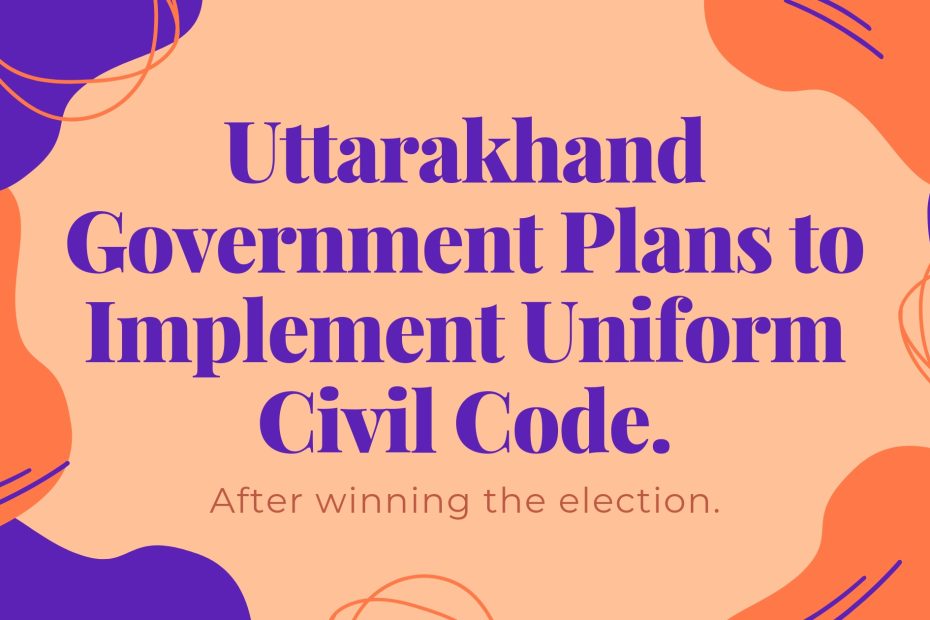 As soon as the government in Uttarakhand is constituted, Chief Minister Pushkar Singh Dhami rushes into action mode. He fulfills an election promise just one day after assuming office. The state’s CM, Dhami, has promised to apply the Uniform Civil Code if their party wins the election. BJP won 47 seats out of 70 and came to power once again .The state cabinet unanimously agreed that a committee should be formed as soon as possible and that it should be implemented throughout the state. The state of Uttarakhand will be the first to do so.

Dhami asserts he will be the first Chief Minister to bring the Uniform Civil Code into effect. This is a political action, but it also requires a legal explanation. Dhami believes that such a rule should exist in Uttarakhand, and  it should apply to everyone equally. A committee would be constituted as soon as possible, according to Pushkar Singh Dhami. Which will prepare the draft and put the Uniform Civil Code into effect.