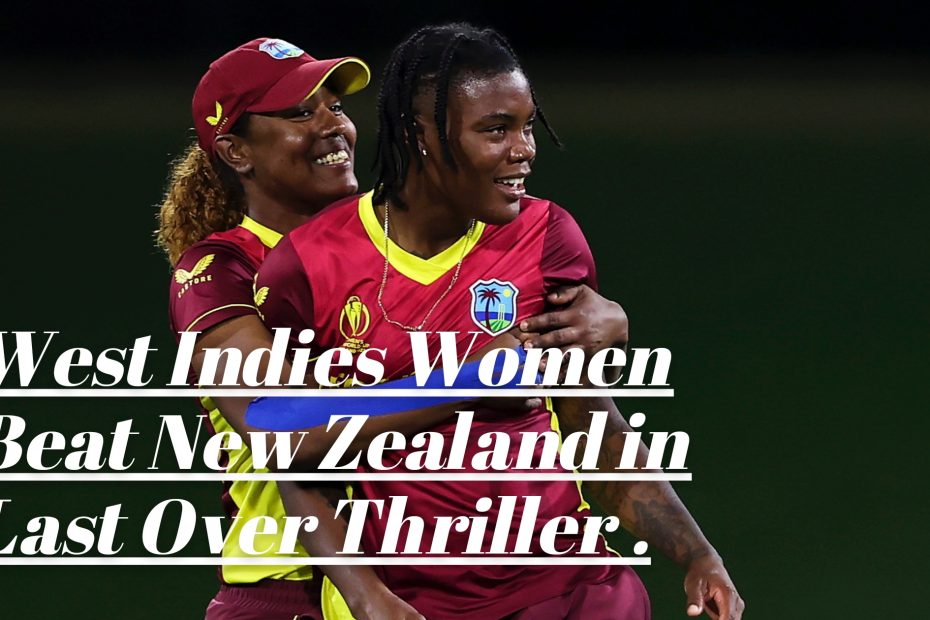 After a last-over breakdown, New Zealand Women got off to the worst possible start to a home World Cup, losing their first match to West Indies. The White Ferns, as New Zealand’s women’s cricket team is known, had done a good job of chasing down 260 runs until they lost their way in the final over. After 49 overs, the hosts were on 254/7, needing just six runs to win, with the well-matched combination of Katey Martin and Jess Ker looking excellent to complete the task.Unfortunately they lost the match by three runs.

The Last Over Drama

Deandra Dottin, a West Indian bowler, retained her cool and bowled a fantastic last over. On the opening delivery, Dottin let up a single and then trapped Martin LBW with a yorker. She gave up another single on the next ball before provoking a faulty shot from Kerr, putting the Windies in a position to win. The final couple panicked with four runs needed off the last two deliveries, resulting in a run out, giving West Indies a tight victory.

The New Zealand dugout was in disbelief, with almost all of the players placing their hands on their heads after losing a game that they should have comfortably won.

With the loss in the first match they will look forward to giving their best in upcoming matches but West Indies with a great win are confident in the entire tournament of ICC Women’s world Cup.