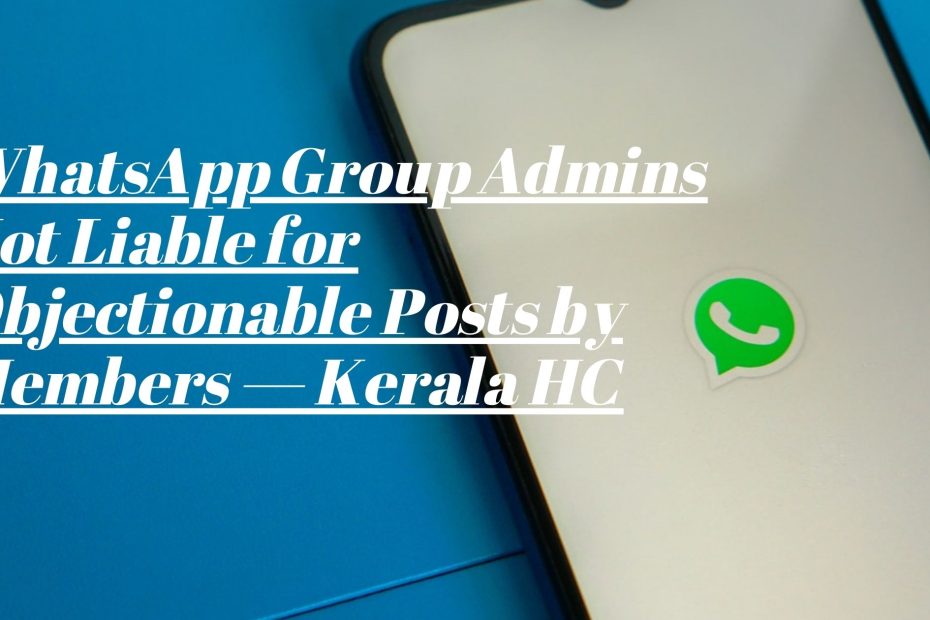 The Kerala High Court ruled that administrators of WhatsApp groups are not responsible for offensive posts made by group members. A chargesheet filed against an admin of a WhatsApp group, who was brought to trial as an accused in a case enrolled under appropriate sections of the POCSO Act and IT Act, later quashed by the Bench of Justice Kauser Edappagath.

What does the Court have to say in this Issue ?

The court considered whether the petitioner in the case, the admin, has vicarious liability or is accountable for the actions of the social media group member. A vicarious criminal liability  imposed only by a statutory provision and not otherwise.  Admin of a WhatsApp group cannot be  liable for an objectionable post made by a group member in the absence of a special penal law establishing vicarious liability.

The admin of a WhatsApp group has no master-servant or principal-agent relationship with its members. To hold an admin liable for a post made by someone else in the group goes against basic principles of criminal law.

The Court acquitted him of the charges filed by Ernakulam City Police Authorities.