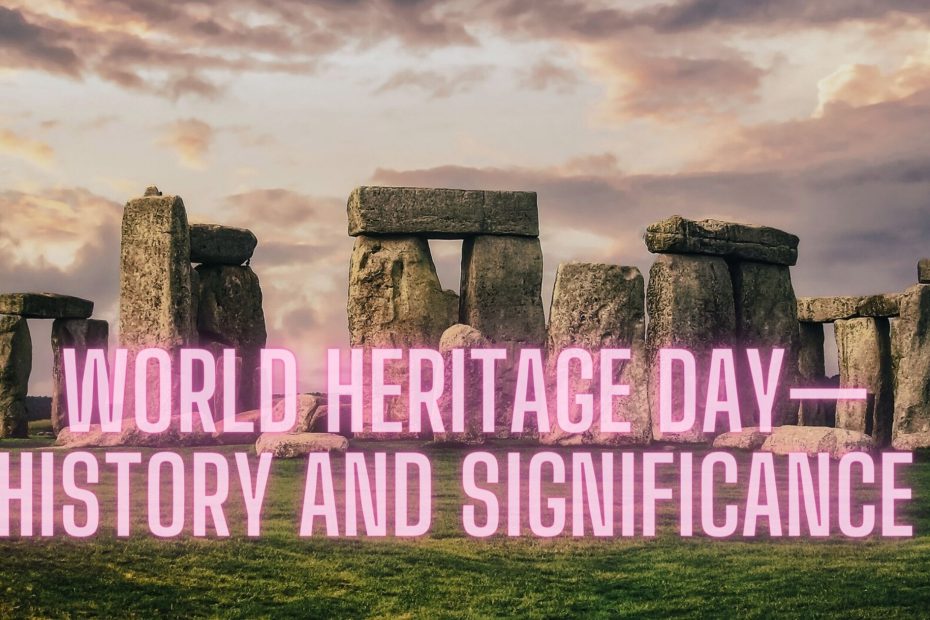 Many of the globe’s world heritage or cultural sites are deteriorating with the passage of time. The goal of World Heritage Day is to conserve the rich history and construction of these historic places. In fact, structures built years ago tend to deteriorate over time. In such a case, it is critical to maintain it. As a result, World Heritage Day serves towards this goal.

This day is significant for every country that wishes to conserve the beauty of its culture, historical legacy, distinctive architectural styles, structures, and monuments, and to convey their significance to future generations. There are numerous world heritage sites throughout the globe. Every year, UNESCO adds roughly 25 heritage sites to the list of world heritage sites so that they can be safeguarded.

For the first time, in 1968, an international body recommended the protection of notable buildings and natural sites all over the world, which was approved at an international conference in Stockholm. The UNESCO World Heritage Center was established after that. On April 18, 1978, this day was designated as World Memorial Day for the first time. Only 12 sites in the globe were included in the list of World Monuments at the time.

The International Council of Monuments and Sites in Tunisia later commemorated the first World Heritage Day on April 18, 1982. The next year, in November 1983, UNESCO declared Memorial Day to be “World Heritage Day.”

When it comes to the significance of World Heritage Day, each country has its own history and many proud stories to tell about it. The monuments and artifacts from the time period reflect the tale of these glorious days. Along with recording wars, great persons, defeat-victory, art, culture, and so on in the pages of history. It is also vital to maintain these sites forever as proof of their existence.

There are numerous groups working on heritage conservation all over the world. These groups have their own ways of commemorating World Heritage Day. On this day, heritage walks and photo walks will be held. Also a pledge is made to protect these sites as a symbol of culture.

The Ellora caves is India’s first world heritage site, located in Maharashtra. In India, there are currently 40 world heritage sites. Seven natural, 32 cultural, and one combined World Heritage Sites have been designated by UNESCO.

Kaleshwar temple in Telangana and Harappan civilization city Dholavira are India’s 39th and 40th world heritage sites, respectively. There are five UNESCO World Heritage Sites in Maharashtra which is highest in comparison to other states of India.