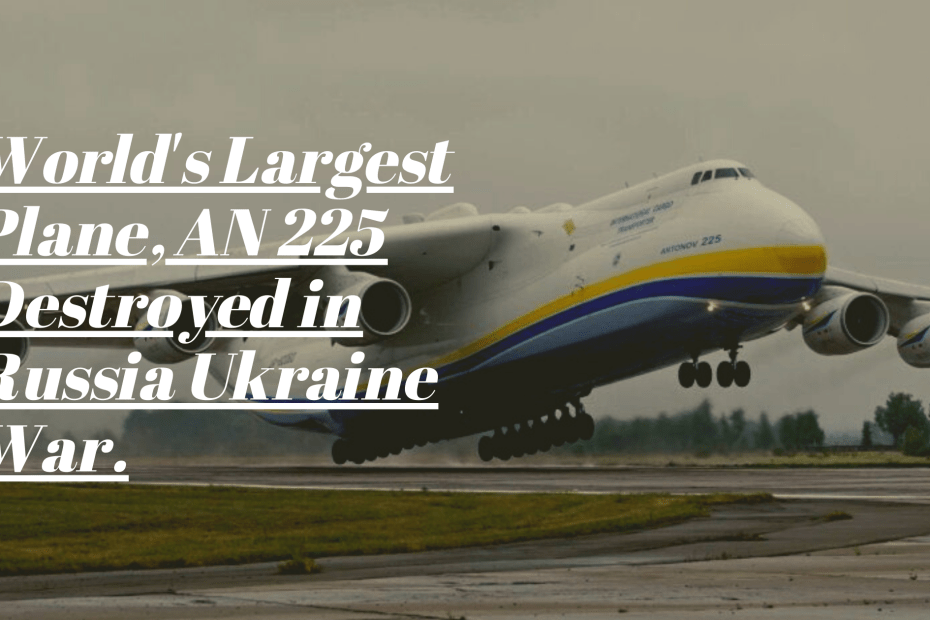 The world’s largest freight plane, the Antonov AN-225 or ‘Mriya,’ has been wrecked by Russian troops during an attack on an airport near Kyiv, Ukrainian authorities revealed Monday, amid Moscow’s war on Ukraine.

The plane was severely damaged, according to Ukrainian officials, after Russian troops raided a Ukrainian air base in Hostomel, where the plane parked. While the amount of the damage has not been determined, Ukraine has stated that the renowned plane will be rebuilt.

Mriya  – The Biggest Plane in the World

The jet is known in aviation circles as ‘Mriya,’ which means ‘dream’ in Ukrainian, and  known to draw large throngs of fans at air shows across the world. The remarkable Antonov AN-225, with a wingspan of almost 290 feet,  was designed in what was then the Ukrainian USSR during the 1980s, during a tense race to space between the US and the Soviet Union.

The Attack on Mriya

Russia has been striking airfields and military bases since commencing its strike five days ago. Russia announced on Friday that it had taken control of the Hostomel airstrip, where the AN-225 was being repaired. The Mriya  shot down by Russia as a demonstration of Ukraine’s aviation might.

The repair is expected to cost more than $3 billion and take more than five years.