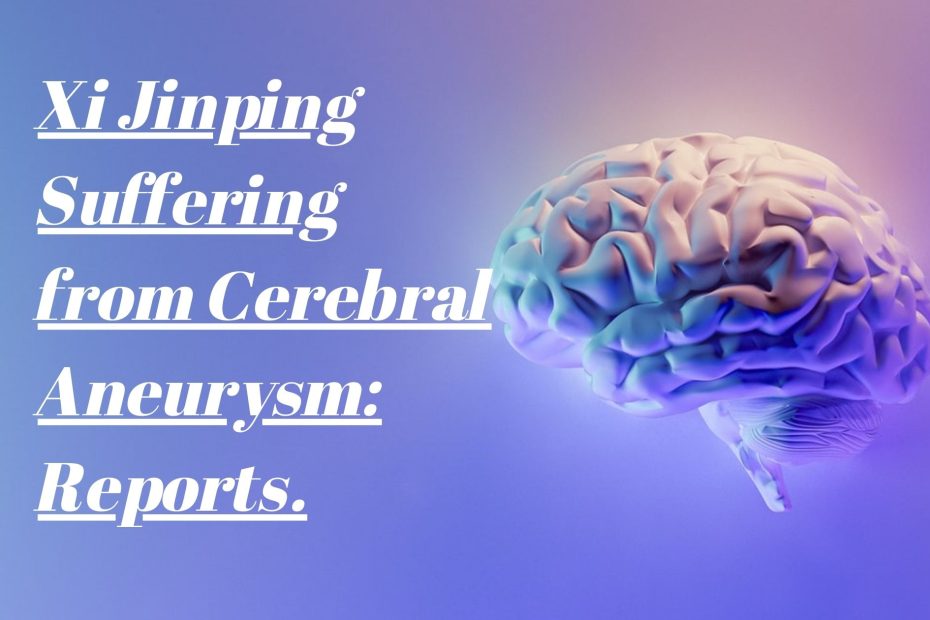 President Xi Jinping of China has a ‘cerebral aneurysm,’ a type of brain ailment for which he was hospitalised last year. According to claims in the media, Jinping is being treated with traditional Chinese medicines rather than surgery. The usage of these medications softens the brain’s blood cells as per chinese doctors.

For a long time, there has been conjecture regarding Xi Jinping’s health. Even after the Corona wave subsided before the Beijing Winter Olympics, he avoided meeting international leaders. After that, his disease claims gained more traction. His steps were wobbling throughout his travel to Italy in March 2019, and when he arrived in France, he needed assistance even to sit. He also had an extremely low voice and coughed during a speech in Shenzhen in October 2020. His fear of being sick had grown since then.

The nerves in a person’s brain that have a cerebral aneurysm grow weak and enlarge. This condition affects persons over the age of 50, as well as those with high blood pressure, hereditary disorder, infection, brain injury, and stress. This condition can affect any section of the brain, and it has the potential to rupture at any time. The symptoms of this condition include a severe headache, paralysis in the hands and feet, persistent weakness, and disorientation. Epileptic seizures are also listed in the list of symptoms.

According to media sources, China’s economy has been in serious decline for quite some time. Because of the Ukraine conflict, China’s gas and oil prices have skyrocketed. The economy is also in peril as a result of the zero covid policy. Jinping is extremely stressed as a result of all of these factors. This tension could be contributing to his condition.